I would be surprised if there exists a solution, which I could implement on my end, but...

I am working on a Shiny app, which dynamically renders HTML reports based on user inputs. Of course, being on the Quarto bandwagon, I switched from using Rmarkdown to using quarto for the task. It turns out; however, that quarto cli is not currently installed on the shinyapps.io Linux servers as per the app's logs:

... which means that I will have to revert to Rmarkdown in the meantime.

My goal here is to inform the powers that be of this issue(?) and request that the quarto cli be installed on shinyapps.io. It didn't seem appropriate to open an issue on quarto's Github repo.

The place to request system dependencies to be installed in shinyapps.io is this github repo 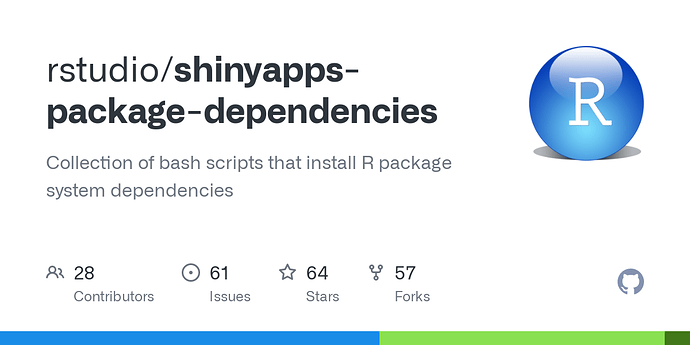