Hi - I'm new to R Markdown and have a pretty basic question. I'm trying to document a script that I wrote in R that uses sandwiches multiple chunks of R code between text. Everything seems to knit correctly until I try to include a plot. In one chunk, I define a value as "param_a", but later in a subsequent chunk ...

I get the following error

Is there something I need to do to have param_a carry over between chunks, or an option I need to invoke?

No, this should work.
Can you show us both complete chunks. I.e the chunk were you define parm_a and the one you use it in.
Enclose the chunks in four backticks (if you use the </> button you get only three)

Using the standard template gives me a nice histogram: 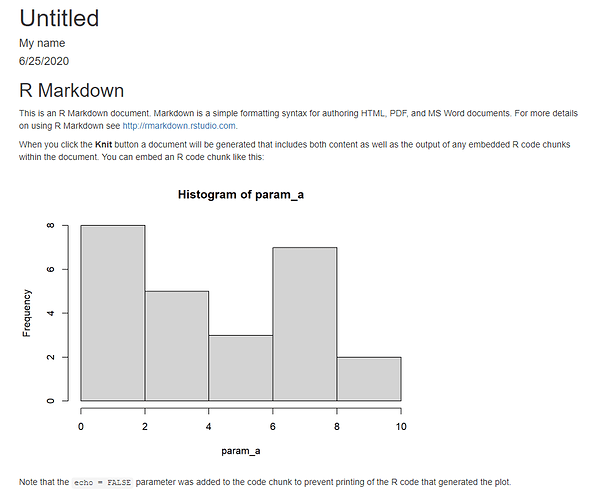