I'm wondering if there's a way of changing the fill order of a faceted histogram based on some variable.

For example, let's say I'm studying how fast animals are, and whether that's correlated with them being good or bad.

I'll generate some data to this effect: 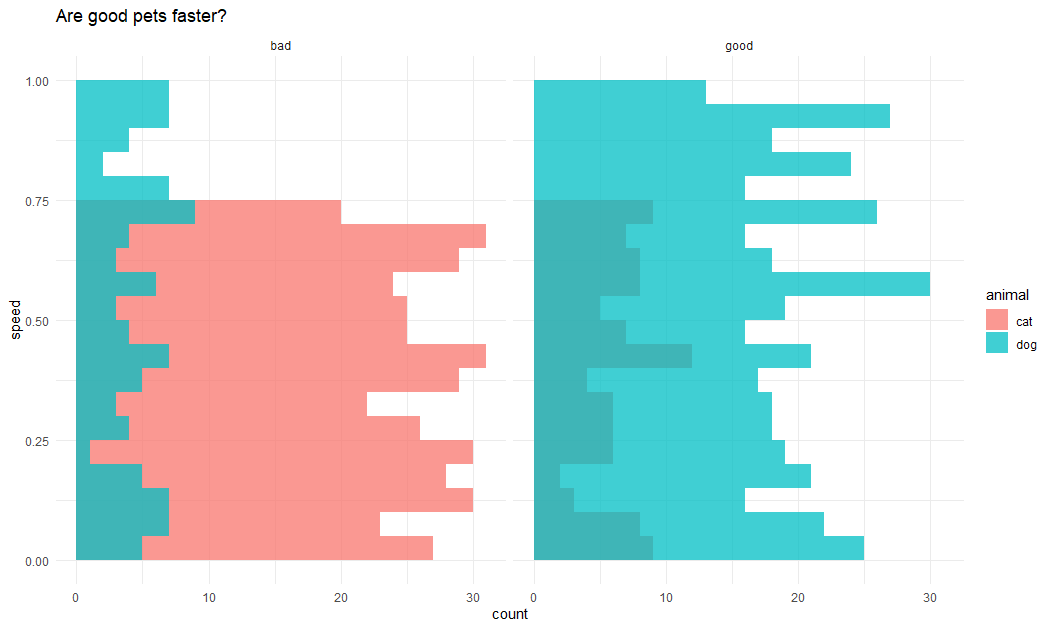 In this example, everyone can see the distribution of bad animals very easily, whereas the good cats fade into the background.

I am not interested in stacking the histogram data with the position = "stacked" option.

Thanks for your help!