I have a circular dendrogram in ggraph. Currently, each node's height is based on its distance from an end node with no children. This results in a continuous perimeter layer consisting of all the end nodes. Is there a way to control the layout so the height is rather based on distance from the central parent? In that case, C D E F would be the same distance from A as B, rather than on the outer perimeter. 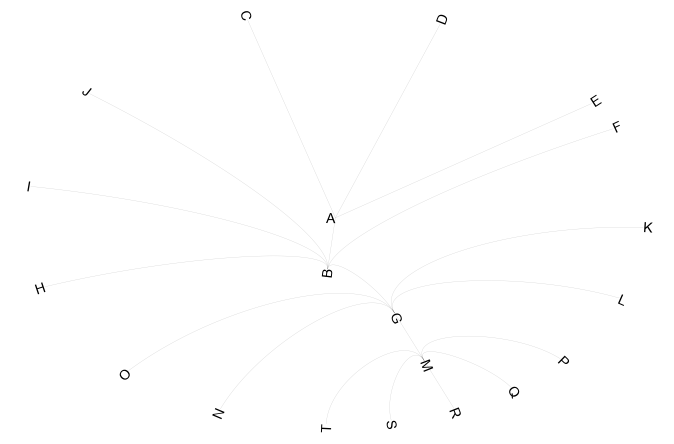