Hello, not sure if this is the right place to ask, but I am quite desperate. I have an assignment due and I don't know some of the required r codes!! I just have two questions.

So I dummied some data up (for future reference, it is very helpful if you do this yourself — we often call this a "reprex"— see link below my code). I didn't follow the exact parameters for your assignment, which is good, since you'll get a chance to play around with it!

I think that working with the forcats package will make your life much easier: 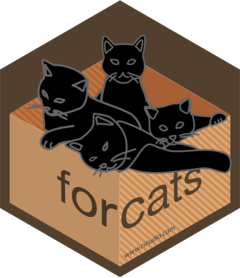 Below I've used fct_inorder(), for example, to make sure that the factor levels were sequential.

To reverse the order of levels, you can use fct_rev(), which I don't do below.

There's a nice "getting started" guide to forcats here:
https://forcats.tidyverse.org/articles/forcats.html