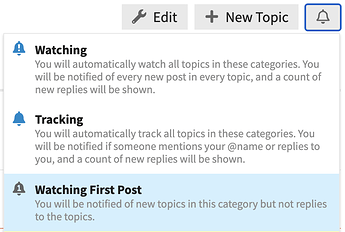 Here's a recap of some of the activity related to the Energy sector at rstudio::global(2021)

Hi Everyone! I'm Caspar. I have seen our Host @Sabrina Evans asking for Use Cases. Here is one of our favorite Use Cases within the German Energy Sector. Read about [R]eliable forecastig models to compensate grid losses:

Sabrina Evans - January 22nd, 5:39 AM
This is a fantastic use case. The possibilities are endless within the energy market, including with clean energy. Being able to create models that help predict when drones should de-ice wind turbines for example. Another favorite is being able to create a model that pulls in sensor data to be able to predict when maintenance is required for an oil drill before it breaks, thereby saving millions in with less excessive down time and being able to accurately forecast procurement of parts...

Good morning everyone! I'm wondering how you all are currently using R in your day to day work?

I'm currently using it to develop shiny apps for some of our legacy tools in Excel in order to showcase the value of adopting R and RStudio in our day to day operations.

Brock - January 21st, 9:35 AM
Ditto to using Shiny apps to try to impress people to move away from Excel. The real benefit R has brought my workflow is the ability to automate workflows and create reproducibility of data analyses, which used to involve a lot of manual downloading and copying/pasting in Excel.

Ben - January 21st, 9:48 AM
pivot_longer has been a revelation for me in more quickly visualizing datasets that have lots of columns. I've also increasingly been using R for visualizations that I had previously done in proprietary software like Petra and Petrel. I can't do everything in R that I used to in Petra, but what I'm able to do is constantly expanding.

Sabrina Evans - January 21st, 10:08 AM
Is there anything you can think of - such as documents, use cases, whitepapers etc... that you feel would help you make your case to business units that are still using excel?

Martin - January 21st, 11:50 AM
Not related to Excel, but similar situation. In our lab we used to submit Word or PDF reports. One time, I presented to our partners (governments and private companies ) an RMarkdown HTML report. They really loved it.

Ben - January 21st, 12:36 PM
Similar to Martin , I've had the experience at one company of creating a one-page Word-based report that went out as a PDF by email every Friday afternoon and the amount of active time involved in compiling the information and curating the document.

In the next company, I wrote the same kind of report in Rmd with code chunks that would pull in fields from a spreadsheet that each company function could update each week before the deadline. A cron script would then publish that report at a given time each week via blastula to email. The audience was impressed with the richer information experience in an html report and consistency of the publishing.

Do people encounter cultural pushback within your organization for using R or data science in general and how do you counter it? Across different organizations, I've found pushback because managers don't understand data science methods, dashboarding, and trepidation on taking the "human element," e.g, cutting and pasting, out of existing workflows. Communication is key!

Brock - January 21st, 10:32 AM
For sure. It ranges from a misunderstanding of proper data analysis/statistics to a fear of adopting new tools. I was once told that my peers shouldn't need to know how to code in order to do our job, and I was discouraged from creating tools in R because nobody would be able to maintain them if I ever left. The concern was valid, but I think the solution should have been to train the whole team instead of limit progress.

Kasia Kulma - January 21st, 10:43 AM
Hi Ben! That's very interesting! Do you mean the pushback for using R vs Excel, for example, or R VS other data science tools, e.g. Python?

Ben - January 21st, 10:53 AM
Kasia Kulma It's been pushback on using data science tools vs not. I had a CEO say to me: ' why do we need this enterprise data managmement and data science set up when we have tech personnel and computers. This formula has worked for me ever since we stepped away from paper in the 80s...'

Michael - January 21st, 12:03 PM
I hit this every day! I am the first data scientist in my team which has more traditional data analysts using Excel etc.

I've not found the root to success yet. I am a big fan of transparency, so I made some tools and documented the code when handing it over to help understand what analysis was actually happening. Got told off as "people only want to see the results and get intimidated by the code".

I think in established teams, it's a slow transition in culture. I hope remaining persistent and showcasing all the benefits will get the team to see the light soon enough!

Ben - January 21st, 12:42 PM
In working with more "old school" audiences, I've started minimizing or even not mentioning my methods--not mentioning that I wrangled or visualized data in R--in business meetings to not distract the audience. After the meetings, some team members would come to me and ask, 'how did you take 59 columns of data and make these charts with the data group in various ways...? That would take forever in Excel.' In explaining the ideas of tidy data and how pivot_longer and group_by works outside the meeting would pull them in.