Abstract: An interactive source for exploring popular literary awards, best-of lists, and authors. Most useful for finding your next read, or exploring biases inherent in the data.

Full Description: As an obsessive reader, one of my favorite (i.e., saddest) hobbies is collecting book data. This project started as a way to look at biases built into popular book awards and lists -- namely gender -- with a preference for sci-fi, fantasy, and experimental fiction.

At this time, awards include the Hugo, Nebula, Otherwise (previously known as the James Tiptree, Jr.), and the World Fantasy awards. The Pulitzer Prize is also included as a break from the SFF core.

The other categories are a little more restricted, but currently include both the Modern Library Board and Readers lists, as well as the American Book Review's top 100 English-language books for the 20th century -- notable for its focus on experimental, lesser-known fiction. Popular authors only include Michael Crichton, Neil Gaiman, Stephen King, R.L. Stine (only his original Goosebumps books), and James Tiptree, Jr. / Alice Sheldon. 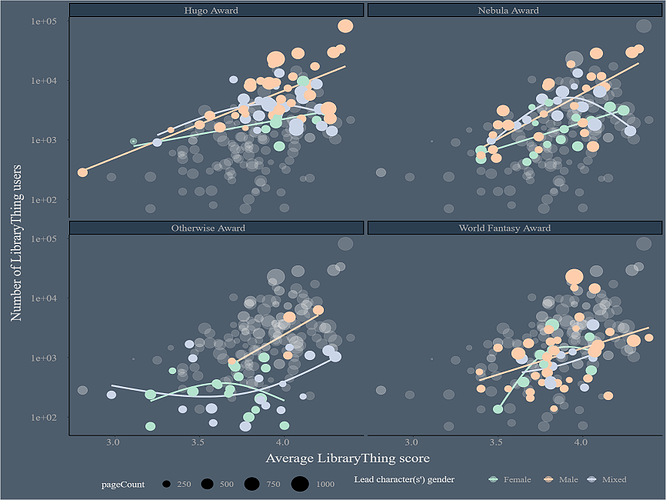