ggvenn: how to import the delimited txt files correctly?

Greeting,
I am really new to RStudio, and I just started using "ggVenn" package to import my delimited txt files into R, but I don't know what the main issue it is when I combine two txt files. Here is my imported data looks like: 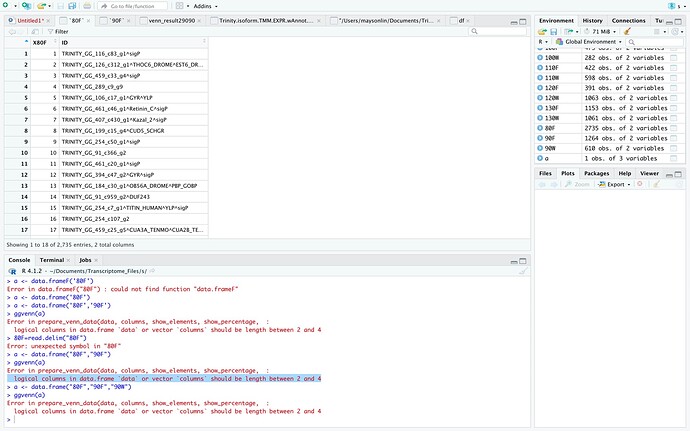 It's a bit difficult to read a screen shot but your first command is incorrect. . You probably want something like

assuming R is set to your working dictionary.

Have a look at FAQ: How to do a minimal reproducible example ( reprex ) for beginners for some suggestions on asking questions here.