Having Issues with Bar Graphs 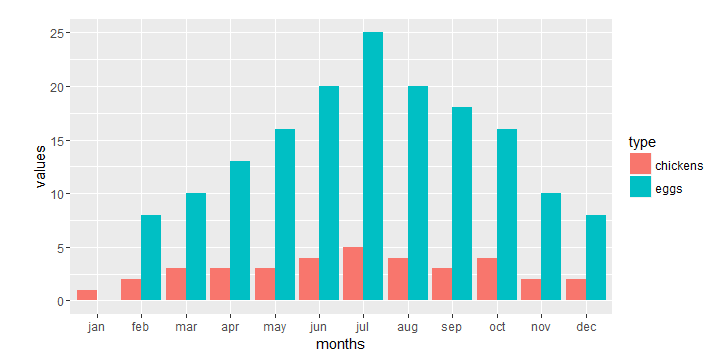 A minimal reproducible example consists of the following items: A minimal dataset, necessary to reproduce the issue The minimal runnable code necessary to reproduce the issue, which can be run on the given dataset, and including the necessary information on the used packages. Let's quickly go over each one of these with examples: Minimal Dataset (Sample Data) You need to provide a data frame that is small enough to be (reasonably) pasted on a post, but big enough to reproduce your issue. Let's say, as an example, that you are working with the iris data frame head(iris) #> Sepal.Length Sepal.Width Petal.Length Petal.Width Species #> 1 5.1 3.5 1.4 0.2…

This topic was automatically closed 60 days after the last reply. New replies are no longer allowed.