Dear R community,
I am new to R and trying to plot the data at R studio for heatmap. I successfully plotted the heatmap with R coding but when I do plot the heatmap my column sequence changes which I don't want, also when I fix the column it removes the dendrograms from column. Is there anyway to fix the issue? I am using the following code:

We need a FAQ: How to do a minimal reproducible example ( reprex ) for beginners

A handy way to supply some sample data is the dput() function. In the case of a large dataset something like dput(head(mydata, 100)) should supply the data we need.

This is expected. There are two possibilities for the order of column:
1/ you set it yourself, if you use pheatmap(cluster_cols = FALSE) you will just get the order of the input.
2/ you don't know the best order, you ask pheatmap() to run a hierarchical clustering for you. The algorithm will run, determining which columns are most similar to each other. It will then plot the heatmap according to that order, and draw a dendrogram on top to make this similarity explicit.

These can be illustrated with this example where columns a and c are similar; and columns b and d are similar: 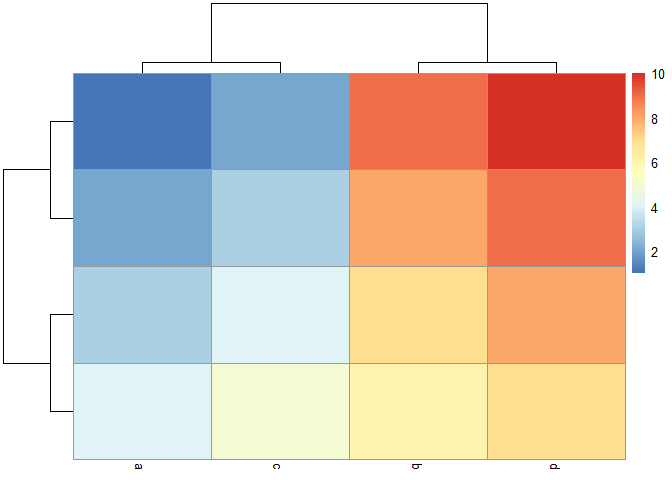 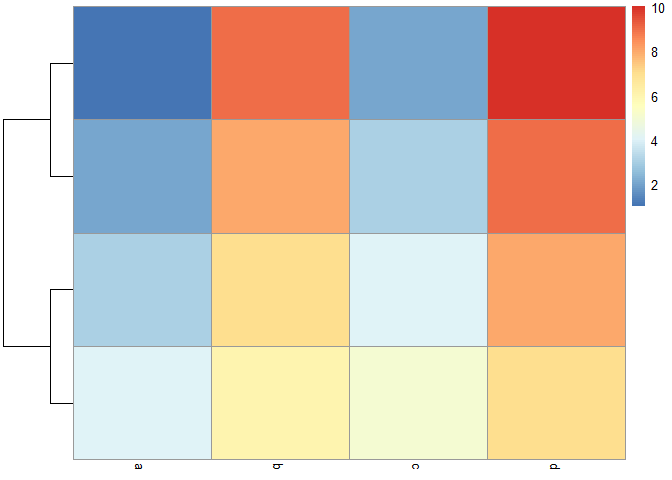 Now there are two ways you can get more control.
1 DURING CLUSTERING/ the parameters of the hierarchical clustering algorithm: you can change the distance and the method for grouping observations used.
2 AFTER CLUSTERING/ in my example above, the hierarchical clustering algorithm says that a is similar to c, and b is similar to d, but the order within each group is arbitrary. You can use the callback argument to set the order within each cluster. For example, if I want columns to be ordered by their mean (highest to lowest) within each cluster: 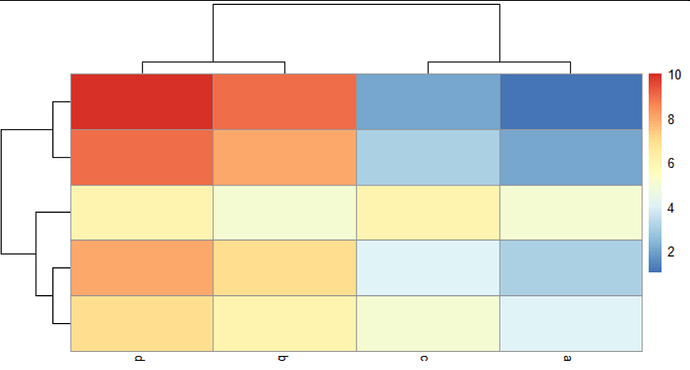 You can find more examples of callback functions in the help page ?pheatmap, but mostly it all depends what you're trying to show.