Hi I am having trouble generating dummy variables for multiple different years.
So my data is a dataset of Guyana's GDP per capita from 1960 to 2019 (image attached). I have to generate dummy variables for the Great Recession, with 0 for 2007-2009 and 1 for other years for regression. 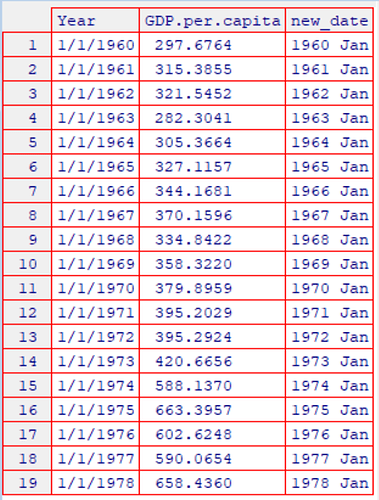 How do I fix my code to get R to generate the dummy variable correctly?

Make sure you don't forget the quotation marks around the dates like you did in your question. What you wrote actually worked for me, but I got a warning. Try replacing == with %in%