Abstract: Pools together disparate information on district councillors including names, contact details, Facebook feed and their constituency into a mobile friendly Shiny app.

To encourage civic participation through creating a single website (Shiny app) that empowers citizens with better access to information on district councillors.

Throughout our development of the app, we were strongly focussed on our potential users by making it as mobile-friendly and easy-to-use as possible.

Note, we are politically neutral.

Our project was mainly motivated by an observation that the engagement of the Hong Kong public with their local politicians was very low.[^1] Historically, the work of Hong Kong’s District Councillors (DCs) are neither widely known nor closely scrutinised by the public media. Until recently, most District Councillors did not use webpages or Facebook pages to share their work, but instead favour distributing physical copies of ‘work reports’ via Direct Mail. This has changed significantly with the 2019 District Council election, which was a significant election where the turnout has jumped to 71% (from 47% in 2015), for different reasons. For context, Hong Kong’s District Councils is the most local level of government, and is the only level in which there is full universal suffrage for all candidates.

As of the summer of 2020, we identified that 96% (434) of the 452 District Councillors elected in 2019 actually have a dedicated Facebook page for delivering updates to and engaging with local residents. However, these Facebook pages have to be manually searched for online, and there is not a readily available tool where people can quickly map a District to a District Councillor and to their Facebook feeds.

[^1]: There are many reasons for this, and arguably a similar phenomenon can be observed in most local elections in other countries. See Lee, F. L., & Chan, J. M. (2008). Making sense of participation: The political culture of pro-democracy demonstrators in Hong Kong. The China Quarterly, 84-101.

How was the data collected?

Since there was no existing single data source on the DCs, we had to put this together ourselves. All the data on each DC, their constituency, the party they belong to, and their Facebook page was all collected manually through a combination of Wikipedia and Facebook. The data was initially housed on Google Sheets, for multiple reasons:

We then decided to migrate from Google Sheets to creating our own R data package hkdatasets. We chose this approach, for the following reasons:

We think some particularly cool features of the app are:

We created more than just a Shiny app though, and we highly recommend you explore and feedback on the code as well as the Shiny app. Some of the other great things we did as part of this was:

We are a politically neutral, self-organising group of volunteers with skills in programming, design and project management to leverage data on Hong Kong. This is our first publicly released project. 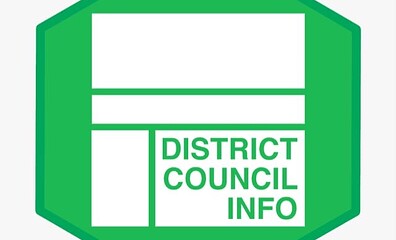