How to build a correct GAM model with repeated measurement and replicates?

i made an experiment with repeated measurement depending on time scale and I was advised to use GAM model to describe my data.

I made an experiment on 12 mesocosms (big tanks) for 6 weeks to test the crossed effect of two treatment A (TA) and B (TB) on the variation of chlorophyll. Each treatment were composed of two modalities : A1 or A2, B1 or B2. Each modalities were crossed and replicates three times, so at the end a worked on 4 combinaisons of treatments:

Each two or three days, we measured the concentration of chlorophyll on each tank. So I need to include in my model : a)that there was a repeated measurement on a same tank b)and in addition there were replicates in each treatment. 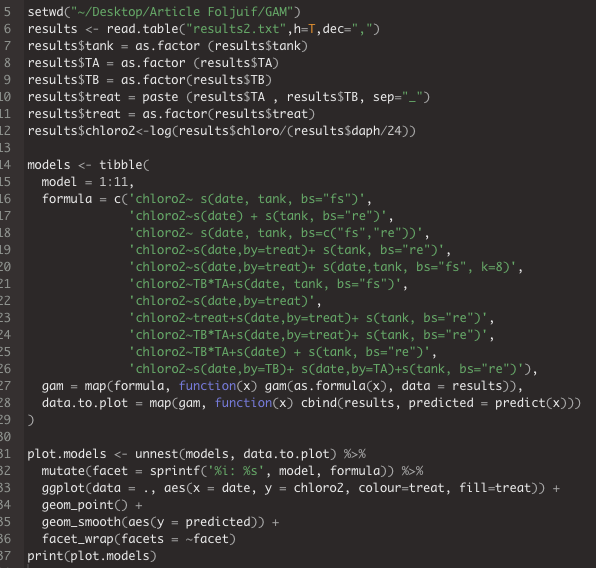 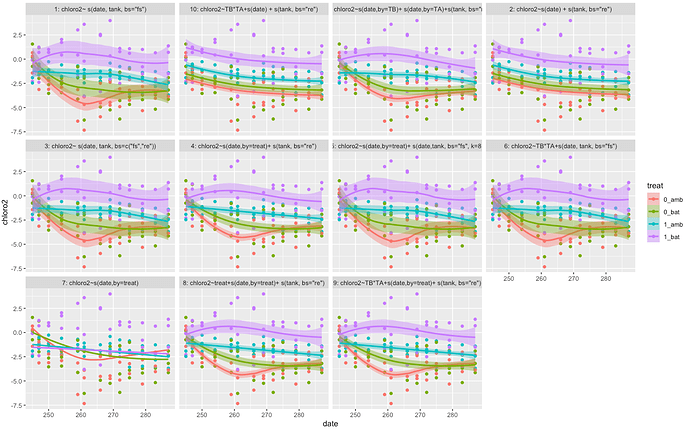 Especially as models seems identical (mod 1 vs mod 3 in the graph) How to know which correct writing to choose ?