If function on several columns

Hello !
I have a question regarding the IF function.

Here is my table, I would like in column D to have the same thing as in column C except that I would like to replace the "Unidentified" by the closest known taxonomic resolution as the example below: 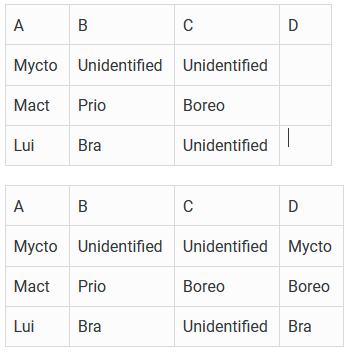 What would be the formula to enter in column D to have this kind of results?
Thanks very much !

Replace "Unidentified" by NA everywhere and then use coalesce from dplyr package.

Great thanks a lot !