Abstract: Many scientific R packages are of critical importance to their research communities, but don't have a graphical user interface. This makes them not only harder to access for beginners, and generally complicates browsing analysis results in a human-friendly way. To address this problem in the field of Metabolomics (the study of the small molecules in life), I wrote Metaboseek as a way to access the most popular computational workflows in our lab, most notably the xcms package. It first started as a simple R console script to inspect chromatographic peaks, but then grew into a shiny app with more and more functionality - this progression may sound familiar to many of you :)! Metaboseek now consists of about 70 shiny modules and there is extensive documentation for the app and the source code.

In Liquid Chromatography/Mass Spectrometry (LC/MS), so called mass spectra are acquired in rapid succession. Each spectrum can contain the mass-to-charge ratios (m/z) of thousands of charged molecules (ions) and their intensity (=relative abundance) at one time point. The molecules are separated through chromatography before entering the mass spectrometer, so that ions are separated in an additional dimension, the retention time (rt). This is particularly important to get separate signals for molecules with the same or very similar m/z value, but different structures (this happens a lot).

The combination of m/z value and retention time can be defined as a molecular feature. Although these molecular features typically don't allow unambigous identification of specific compounds, their abundance can be compared between different biological samples. This can be very useful, because a molecular feature might be up- or downregulated in one sample group compared to another. For instance, some molecular features might only be found in a mutant strain of bacteria, but not in the wild-type control. In the approach to metabolomics presented here, we can select such molecular features of interest and then try to get more information about the molecular structure by tandem-MS, a method that breaks molecules into pieces and then reports the m/z of the resulting fragments.

So what can you do with this app? I would like to highlight some of the things it can do, and invite you to check out the example data that is loaded in the online version (and is also included in the Metaboseek R package). Documentation on how to use the app is available at https://metaboseek.com/doc.

Metaboseek offers a graphical user interface to set up data analysis with the xcms package to detect and align molecular features from LC/MS data across multiple samples. You can then load xcms results into the app as a "Feature Table" (using xcms and MSnbase packages, mzR-based) and run statistical analyses to identify molecular features of interest.

Here are some of the a technical perspective, I would like to Metaboseek is strictly built from shiny modules, allowing for easy reuse and rearrangement of elements such as the spectral plots

Unfortunately, I was not able to deploy the app on shinyapps.io. There seems to be a problem with installing one of the required packages (mzR). However, there are other options to try the app:

I would be excited to get some feedback and suggestions on the app, and I will be happy to answer your questions!

Thanks to the Boyce Thompson Institute/Cornell University for their support, and to Prof. Frank Schroeder, Dr. Bennett Fox and the entire Schroeder lab for testing the app and suggesting features. 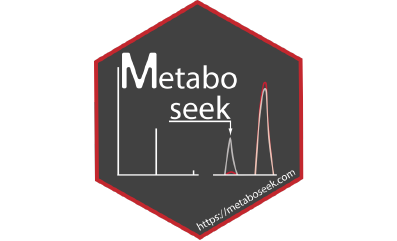 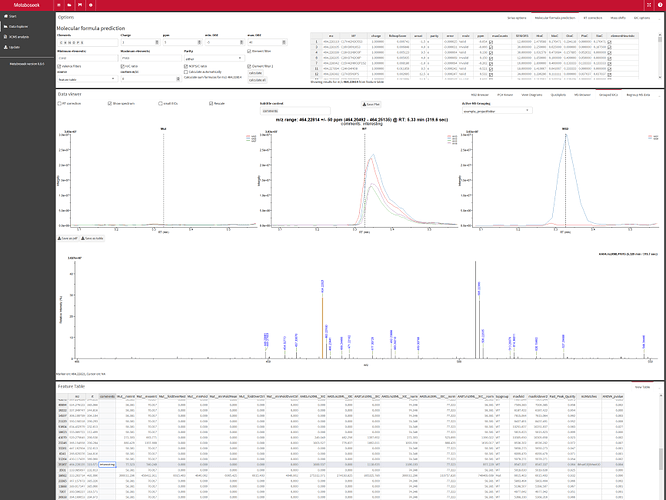