I try to create a new conditional variable. It also worked great until I noticed that one and the same condition gives me once the right and once a NA.

And the result is this table: 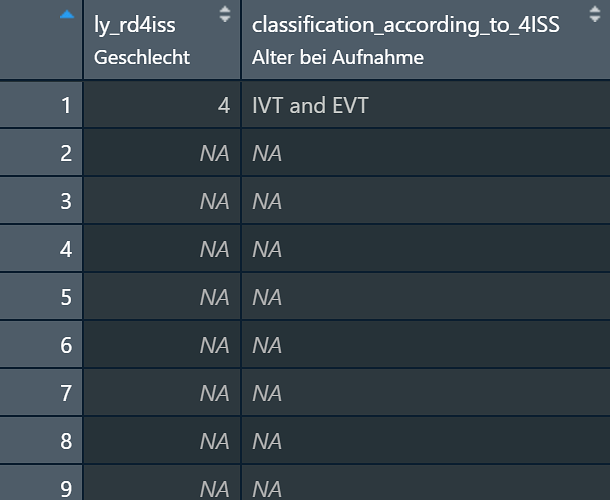 I also tried it with different data types.

By the way:
Why has the new mutated column a new variable label. This is one of another variable which has nothing to do with the calculation

The variable label of ly_rd4iss is wrong as well, although its correct in the original dataset.

Thank you and cheers,
Oli

you will see that in R

evaluates to FALSE TRUE, i.e. it is evaluated each time according whats on the right.
you probably want to use the %in% operator