One Farm - Creating Our Cultivated Planet & The Big Barnyard Tables 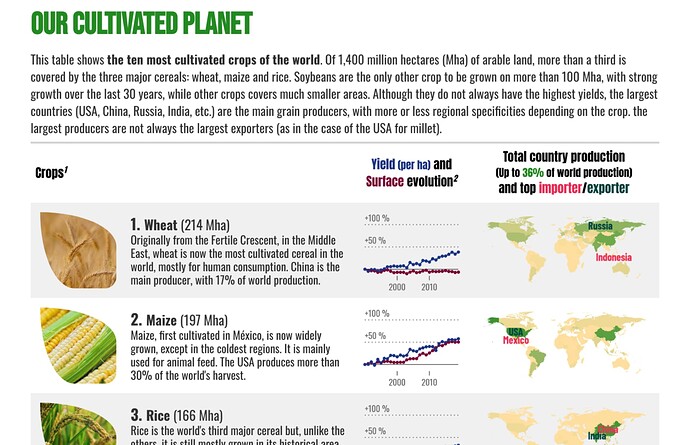 The "One Farm" project is a compilation of two tables (Our Cultivated Planet for crop productions and The Big Barnyard for animal productions) summarizing the main key figures about world farming, based on data from the Food and Agriculture Organization (FAO).

The R scripts and data used to create these tables are available in this repository.

Below is the Twitter thread giving some tips for how to recreate this table.

In order to be easily comparable, both tables share the same structure :

Regarding the production factors, as the world's population increases, there are two ways to increase agricultural production: increase the units of production (number of hectares cultivated or number of animals raised) or increase the productivity per unit ( for instance the yield per hectare). For each type of agricultural production, the second column thus allows to compare the evolution of the number of production units and of the productivity of each unit. To facilitate comparisons between species, these trends are expressed as percentages relative to year 1990 values. 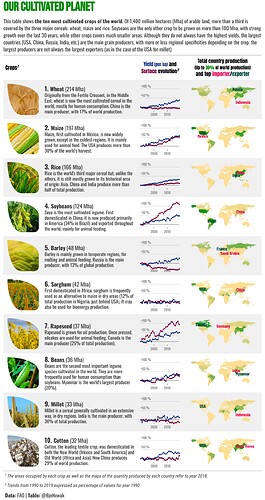 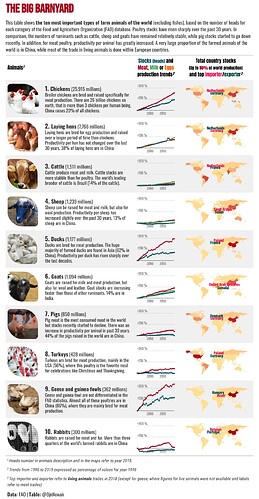 The layout and choice of elements in your tables made it a pleasure for me to take in the information on crops and animals, really beautiful work!

Thx Vladislav! I use remote sensing in my research (mainly Sentinel 2) so I was quite interested by your app. Congrats for the win, this is well deserved !