Abstract: To a large extend the app was inspired by the vision behind Wolfram Alpha and Mathematica's functionality. My goal is to encapsulate as much computational power and functionality ranging from model fitting to combinatorial optimization.

Full Description: The R Environment for Scientific Computing and Analysis (RESCA) is an application which provides functionality in five broader categories.

R Studio Cloud Project: Not included since the app requires +4GB of ram to run. 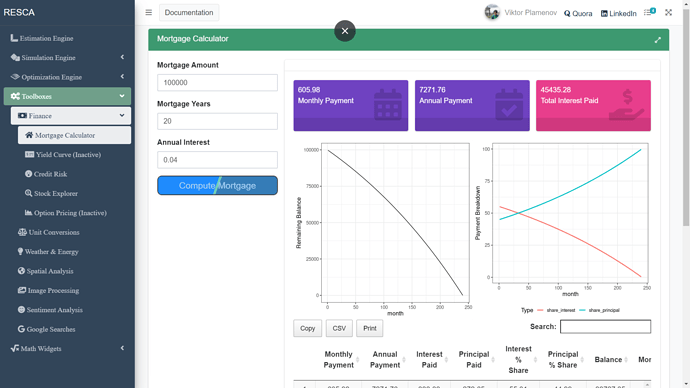