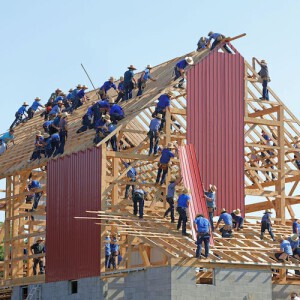 Over the past year and change we re-licensed the vast majority of tidyverse, tidymodels, and r-lib packages to use the MIT license. Here, we discuss the mechanics and rationale.

This is a companion discussion topic for the original entry at https://www.tidyverse.org/blog/2021/12/relicensing-packages

The tidyverse (including tidymodels and r-lib) includes packages that have been written over the course of 15 years. Unfortunately this has lead to a diversity of licenses 1. It is fundamentally important that software has a license, because without it no one knows how they can use it. While our packages already had open source licenses, when we looked at them holistically, we realised that we used a rather large variety of licenses, including MIT, BSD, GPL (versions 2 and 3), and more! While nothing is wrong with any of these licenses individually, the collective variety makes things confusing, particularly for people or organizations who want to use multiple packages together.

To reduce this confusion and make it clear that our packages are an unconditional gift that can be freely used without reciprocal obligation, we embarked on a journey to apply the same license to as many of our packages as possible (we couldn’t apply the same license to every package because some packages bundled code with incompatible licenses). No license is perfect, but we had to choose one, and after much discussion we decided on the MIT License. The MIT License is short (171 words), widespread, relatively easy to understand (see lawyer/programmer Kyle E. Mitchell’s “The MIT License, Line by Line” for details), and very permissive. MIT is not “copyleft” or “hereditary”2 which require that derivative works3 must be licensed under the same license (e.g. GPL) and be subject to (aka “inherit”) all of its restrictions .

Once we decided on the MIT license, we needed to check with all the authors of the code to make sure it was OK to relicense it. This involved several steps. We started by reviewing all commits made by non-RStudio contributors4 to each package. We then contacted all (~500) contributors whose changes could constitute a copyrightable contribution (i.e. anything other than minor edits, such as typo fixes) via GitHub, e-mail, or (in a limited number of cases) personal communication requesting their statement of agreement5 .

You can see an example of the process in the re-licensing issue for purrr. The re-licensing generated some discussion but we were grateful to receive unanimous agreement to re-license, thus avoiding the need to re-implement any existing code6.

The bulk of our packages are now under MIT, which means they’re consistent (yay!), and you can continue to use them as you were before (especially since we didn’t think there was any problem using them for any reason under their previous licenses).

This blog post has been a long time coming, and (by necessity) gives a reductive summaries of nuanced topics. If you’d like to learn more about copyright and intellectual-property law as it pertains to open-source software, I recommend the following four books:

You can also check out the research notes that I (Mara) made while working on this project.