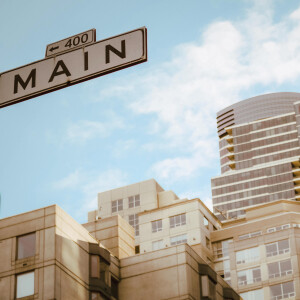 We are renaming the default branch of many Git(Hub) repositories and this post explains how contributors can adapt, using new functionality in usethis.

This is a companion discussion topic for the original entry at https://www.tidyverse.org/blog/2021/10/renaming-default-branch

Historically, master has been the most common name for the default branch, but main is an increasingly popular choice. There is coordinated change across the Git ecosystem that is making it easier for users to make this switch, for example:

Folks at RStudio maintain hundreds of public repositories on GitHub, spread out over various organizations and user accounts. Some individual repos had already moved away from master in the past year, but many of us had not made the change, just due to inertia. We’ve decided it tackle this switch proactively and in bulk, for any interested individual or team, hopefully reducing the pain for everyone.

These are the key bits of code shown below.

NOTE: you will need to update to usethis 2.1.2 or higher to get this functionality!

Read on for more context.

Which repositories are affected?

In total, we’re coordinating the master to main switch for around 350 repositories.

In each case, we opened a GitHub issue announcing the coming change, several weeks in advance. These issues all look something like this: https://github.com/tidyverse/dplyr/issues/6006.

When are things changing?

Ideally, we would publish this post at the very same moment we rename our branches. But that’s not possible for a variety of reasons, chiefly because no single person has the necessary permissions for all of the affected repos.

Is there a repo you care about, that has an open issue about branch renaming, and yet the change doesn’t seem to be happening? Feel free to give us a gentle nudge by commenting in the issue thread.

usethis has functions to help

The recent release of usethis has some new functions to support changes in the default branch. Specifically, you want version 2.1.2 or higher. To be clear, you don’t need usethis to adapt to change in the default branch. On a small scale, the work can be done through some combination of command line Git and actions in a web browser, if that’s how you roll.

But the new git_default_branch*() family of functions can make this process more pleasant, for those who enjoy using devtools/usethis, especially for Git and GitHub tasks. These functions also help us do this work programmatically for hundreds of repositories at once.

You can install the newest version of usethis from CRAN with:

You can make usethis available in your R session with either of these commands:

If you’d like usethis to help with you with Git/GitHub, please read the article Managing Git(Hub) Credentials.

usethis is very opinionated and conservative about which GitHub setups it’s willing to manage, because we don’t want to barge in and mess with something we don’t understand. These standard setups and what we mean by, e.g., source repo are all described at https://happygitwithr.com/common-remote-setups.html.

How to update your clones and forks

As mentioned above, our bulk renaming involves around 350 GitHub repos, which are associated with approximately 90K watchers, 34K forks, 9.5K open issues, and 1K open pull requests. It’s impossible to say how many non-fork clones are out there. One thing that’s clear: our branch renaming potentially affects lots of people.

How will I know I have a problem?

Here’s what it looks like when you try to pull from a remote repo in a project that used to use master, but now uses main, but you haven’t updated your local repo yet.

Both messages are telling you the same thing:

You need to tell your local repo about the switch from master to main.

In usethis v2.0.1 and earlier, we were not proactively on the lookout for a change to the default branch name in the source repository. Implicitly, we assumed that the user was responsible for staying current with such changes. The recent usethis release (>= 2.1.2) tries much harder to alert the user if the default branch name changes and to provide an easy way to sync up.

Yes, yes you can!

If there’s nothing precious in your local clone of our repo or in your fork, it’s perfectly reasonable to delete them and just start over. Locally, you delete the folder corresponding to the repo. On GitHub, in your fork, go to Settings and scroll down to the Danger Zone to Delete this repository.

Then you can do a fresh fork-and-clone of, for example, dplyr:

How do I update my stuff to reflect the new default branch?

If you don’t want to burn it all down, you can call usethis::git_default_branch_rediscover() to rediscover the default branch from the source repo.

Above, you see usethis updating the local repository to match the source repo. If we detect that you also have a fork of this repo, usethis will rename its default branch as well.

How to rename default branch in your own existing repos

You can rename the default branch for repos that you effectively own. This is a straightforward task for a repo that only exists on your computer. 1 We’re more concerned about the trickier case where the project is also on GitHub.

You can call usethis::git_default_branch_rename() to rename (or move) the default branch in the source repo. For this to work, you must either own the source repo personally or, if it’s organization-owned, you must have admin permission. This is a higher level of permission than write, which is what’s needed to push. git_default_branch_rename() checks this pre-requisite and exits early, without doing anything, if you are not going to be successful.

Note also that we check for specific files that often include the name of the default branch, such as GitHub Actions workflows and the badges section of README. These references should be updated. It’s probably a good idea to do a project-wide search for both the old and the new name and take a hard look at the “hits”.

If you don’t want to use usethis, you can rename the default branch from a web browser. On GitHub, in your repo, go to Settings, then Branches, and edit the Default branch. Then follow the command line instructions from the previous section, emulating what we do in git_default_branch_rename().

How to change the default name of your default branch, for the future

The way most repos end up with master as their default branch is that Git itself defaults to master when it creates the very first branch, with the very first commit, in a new repo. As of Git 2.28 (released 2020-07-27), this became configurable, so it’s one of those things you can customize in your global, i.e. user-level, Git config file. usethis does all of its Git work via the gert package and the underlying library libgit2 library gained similar support in version 1.1 (released 2020-10-12).

The new configuration option is init.defaultBranch.

There are various ways to set your preferred initial branch name to, e.g., main:

Although it is more rare to first create repos on a host like GitHub or GitLab, this certainly comes up from time to time. All the major providers now support configuration of the initial branch name and, in the absence of a user or organization preference, all default to main.