When using Markdown notebook, I see that the rendering output contains strange characters.

The simplest way to replicate this as follows: 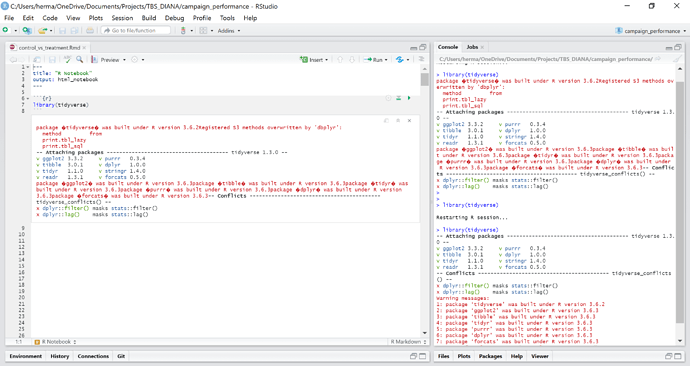 It seems the quotes around package name is replaced by strange characters at the red text output.
CR/LF are also replaced and all lines appears on one line.

The output to notebook html shows up as follows:

How do I fix this issue?

This may be related to language settings. Can you switch your PC's locale settings to US and try again?

Thanks for the response.
I have confirmed the setting as US English.
Rebooted the laptop but there is no change.

Sorry I have not got any solutions to this since I cannot reproduce it on my laptop. Perhaps update tidyverse or R might help?