Replicate geom_smooth in plotly using gam. Can't get gam to match up

I am hoping to replicate a gam in geom_smooth but in plotly (not ggplotly).

I can't get the model to match up though. The gam using mgcv doesn't match up though. They seem to be standardised or something. What am I doing wrong? Is there an argument missing anywhere? I had a look at the documentation, but couldn't work it out. Can you help? 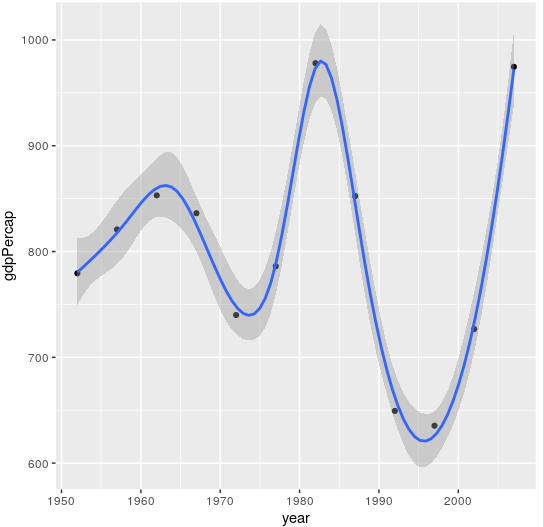 But the mgcv version seems to be standardised or something. 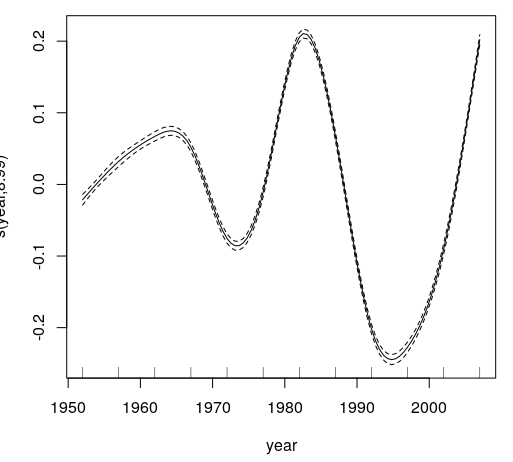 And then obviously the plotly version is wrong.

I am hoping to use plotly rather than ggplotly (where it is fine) as I want to add a couple of other things later that can only be done in plotly.

When geom_smooth does its thing it writes notes to the console, in your case

compare this to your formula for mgvc::gam, you use s() but the default bs, which is not 'cs'
therefore add that bs="cs" param to your s() and it should align.

in the console you can also do

to read about the different smoothing terms that bs choice represents

ah, the last part of the puzzle, is when you come to predict from the gam, to ask for the type="response"

Great. Thanks for your help!