I've setup my IDE in such a way that I have my screen divided into 3 vertical panes, and only 2 horizontal panes on the rightmost pane, by adding a new source pane to the left side of the screen, then deleting the center source pane. I really like the setup this way , and wanted to share this with others. The only issue with setting up studio in this manner is whenever I go to full screen mode, say for full-screen console, when I return to the previous pane setup, my 3 pane configuration is now changed, as r-studio will add a new untitled window to the center panel (where the environment et. al tab was occupying one pane), and fill the screen to cover up the left panel, effectively going back to a 2x2 configuration. The third pane is hidden under all that. It's not a big problem, as I can delete the new untitled window, and recover the pane, but I was wondering if it was an easy fix or perhaps a future upgrade. Cheers for all your work on this! 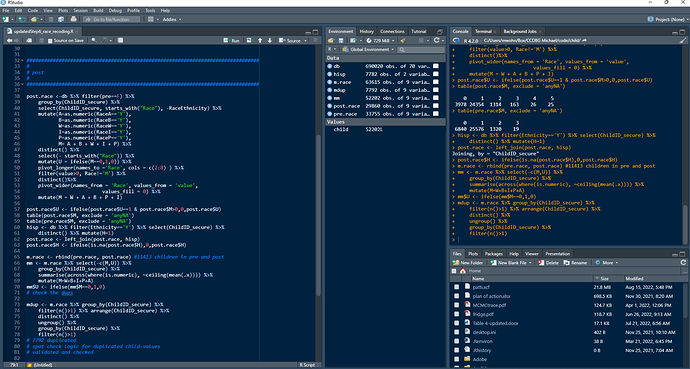 I couldn't add a second screenshot due to forum limitations, but suffice to say it looks like the standard r-studio layout (2x2) after you return from full-screen, except the source that you were working on is hidden and a new untitled source is now on toip of the Environment/History/Connections/Tutorial tab

Hopefully this explanation is understandable. Either way, I'd love to see a 3 pane setup in the future

I think you might have better luck filing a feature request/issue over at the GitHub for the RStudio IDE here: Issues · rstudio/rstudio · GitHub

This is very cool, didn't know that was an option.

Now that I've tried it out I definitely can replicate what you are talking about, and I would indeed consider this an issue rather than a feature request, as they give you the ability to create that layout but the toggle (ctrl+shift+2 followed by ctrl+shift+2 again) doesn't restore the layout correctly.

I've had similar but less severe issues with my layout, where I simply usually have the source pane maximized and if I do the layout toggle it is no longer maximized. Since that is just a single-click fix each time I haven't complained, but it does seem like it should do better at remembering/restoring the layout state. 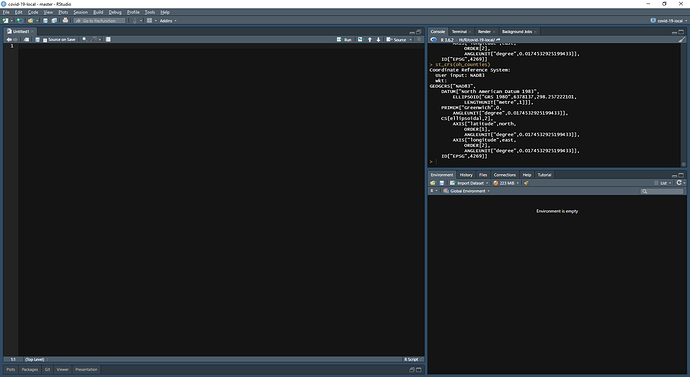 Hi Brian,
Yes, It's gotten to the point for me that I rarely toggle any pane in full screen as It's more of a pane than it's worth. I really love the 3 pane setup as I'm often looking at my environment variables when working and the longer panel allows me to find the object I want more easily. I also like the vertical frame when I'm expanding a data.frame and viewing my variable names. More room for viewing: 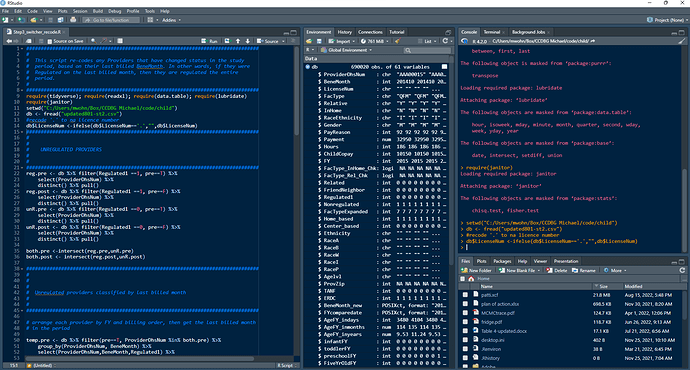 Hi Matt, I'll head over there and place a request. Thanks