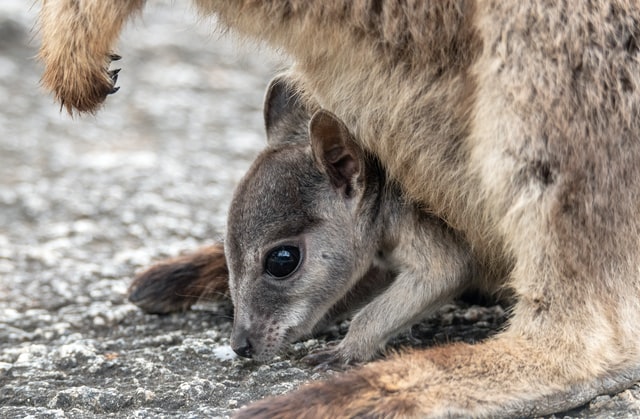 We conclude our mini-series on time-series forecasting with torch by augmenting last time's sequence-to-sequence architecture with a technique both immensely popular in natural language processing and inspired by human (and animal) cognition:...

This is a companion discussion topic for the original entry at https://blogs.rstudio.com/tensorflow/posts/2021-03-19-forecasting-time-series-with-torch_4

This is the final post in a four-part introduction to time-series forecasting with torch . These posts have been the story of a quest for multiple-step prediction, and by now, we’ve seen three different approaches: forecasting in a loop, incorporating a multi-layer perceptron (MLP), and sequence-to-sequence models. Here’s a quick recap.

Today we’ll enrich the seq2seq approach by adding a new component: the attention module. Originally introduced around 2014 1 , attention mechanisms have gained enormous traction, so much so that a recent paper title starts out “Attention is Not All You Need” 2 .

The idea is the following.

In the classic encoder-decoder setup, the decoder gets “primed” with an encoder summary just a single time: the time it starts its forecasting loop. From then on, it’s on its own. With attention, however, it gets to see the complete sequence of encoder outputs again every time it forecasts a new value. What’s more, every time, it gets to zoom in on those outputs that seem relevant for the current prediction step .

This is a particularly useful strategy in translation: In generating the next word, a model will need to know what part of the source sentence to focus on. How much the technique helps with numerical sequences, in contrast, will likely depend on the features of the series in question.

As before, we work with vic_elec , but this time, we partly deviate from the way we used to employ it. With the original, bi-hourly dataset, training the current model takes a long time, longer than readers will want to wait when experimenting. So instead, we aggregate observations by day. In order to have enough data, we train on years 2012 and 2013, reserving 2014 for validation as well as post-training inspection.

We’ll attempt to forecast demand up to fourteen days ahead. How long, then, should be the input sequences? This is a matter of experimentation; all the more so now that we’re adding in the attention mechanism. (I suspect that it might not handle very long sequences so well).

Below, we go with fourteen days for input length, too, but that may not necessarily be the best possible choice for this series.

Model-wise, we again encounter the three modules familiar from the previous post: encoder, decoder, and top-level seq2seq module. However, there is an additional component: the attention module, used by the decoder to obtain attention weights .

The encoder still works the same way. It wraps an RNN, and returns the final state.

In basic seq2seq, whenever it had to generate a new value, the decoder took into account two things: its prior state, and the previous output generated. In an attention-enriched setup, the decoder additionally receives the complete output from the encoder. In deciding what subset of that output should matter, it gets help from a new agent, the attention module.

This, then, is the attention module’s raison d’être: Given current decoder state and well as complete encoder outputs, obtain a weighting of those outputs indicative of how relevant they are to what the decoder is currently up to. This procedure results in the so-called attention weights : a normalized score, for each time step in the encoding, that quantify their respective importance.

Attention may be implemented in a number of different ways. Here, we show two implementation options, one additive, and one multiplicative.

In additive attention, encoder outputs and decoder state are commonly either added or concatenated (we choose to do the latter, below). The resulting tensor is run through a linear layer, and a softmax is applied for normalization.

In multiplicative attention, scores are obtained by computing dot products between decoder state and all of the encoder outputs. Here too, a softmax is then used for normalization.

Once attention weights have been computed, their actual application is handled by the decoder. Concretely, the method in question, weighted_encoder_outputs() , computes a product of weights and encoder outputs, making sure that each output will have appropriate impact.

The rest of the action then happens in forward() . A concatenation of weighted encoder outputs (often called “context”) and current input is run through an RNN. Then, an ensemble of RNN output, context, and input is passed to an MLP. Finally, both RNN state and current prediction are returned.

The seq2seq module is basically unchanged (apart from the fact that now, it allows for attention module configuration). For a detailed explanation of what happens here, please consult the previous post.

When instantiating the top-level model, we now have an additional choice: that between additive and multiplicative attention. In the “accuracy” sense of performance, my tests did not show any differences. However, the multiplicative variant is a lot faster.

Just like last time, in model training, we get to choose the degree of teacher forcing. Below, we go with a fraction of 0.0, that is, no forcing at all.

For visual inspection, we pick a few forecasts from the test set.

Figure 1: A sample of two-weeks-ahead predictions for the test set, 2014.

We can’t directly compare performance here to that of previous models in our series, as we’ve pragmatically redefined the task. The main goal, however, has been to introduce the concept of attention. Specifically, how to manually implement the technique – something that, once you’ve understood the concept, you may never have to do in practice. Instead, you would likely make use of existing tools that come with torch (multi-head attention and transformer modules), tools we may introduce in a future “season” of this series.