The following freezes the session:

R is not responding to your request to interrupt processing so to stop the current operation you may need to terminate R entirely.

Terminating R will cause your R session to immediately abort. Active computations will be interrupted and unsaved source file changes and workspace objects will be discarded.

Do you want to terminate R now? 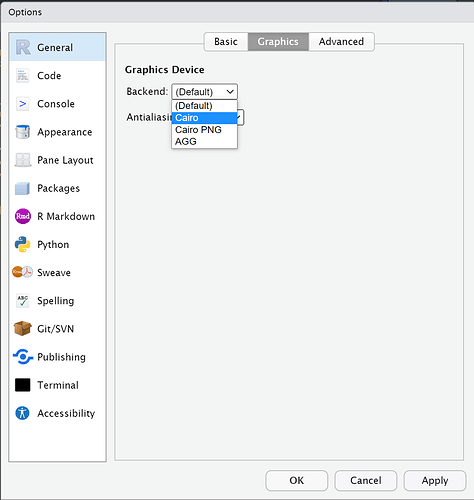 Thank you, thank you @andresrcs. Switching the backend to AGG did the trick.