Features and highlights
This Shiny app is a two player board game. In the game, you are the CEO of a company that researches and sells consumer technology goods. A new product has been invented. You, along with one competitor, are the first to market. Each turn, you can choose between making your own investments in innovation or imitating your competitor. 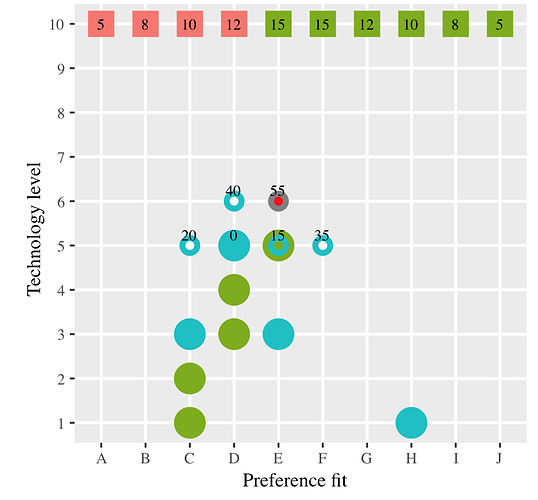 The app has been part of an economics study at Aalborg University which compared the behavior of humans and AI in business decisions. It can be used as a tool for teaching basics of competition strategy.