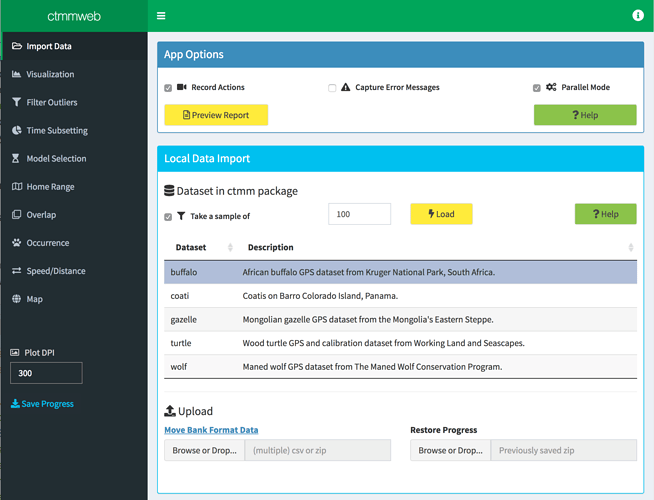 ctmmweb is built upon ctmm, an R package for analyzing animal tracking data as a continuous-time stochastic processes. The web app provided a streamlined workflow so general users can upload their own data and get sophisticated analyses result in an interactive interface.

The app is also a package. With ctmmweb package installed, just run ctmmweb::app() to start the app (you can do this in the RStudio Cloud workspace). Or access the shinyapps.io app.

This topic was automatically closed 62 days after the last reply. New replies are no longer allowed.