I want to create a simple stacked barplot from a dataframe which is composed as followed:

I would like to create a barplot in which the x-axis is composed of the three population groups, the y-axis is a 0 to 100 axis expressing the % rate, and each bar is color-filled according to the age category.

This is what I have achieved to get so far, using the following code: 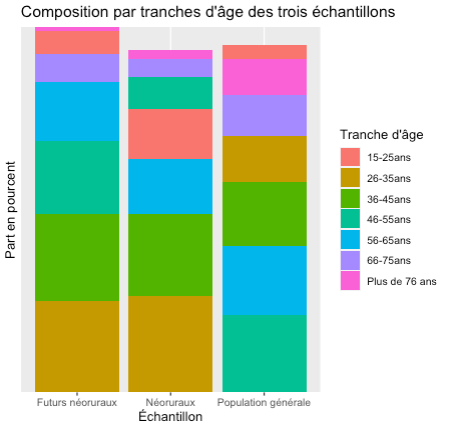 It's getting close to what I want but I still have the following issues:

Any help would be appreciated, thank you in advance!

Hello ! Could you provide us with a reproducible example ? Get help!