Abstract: This Shiny application is an interactive narrative. Interacting with the UI will progress the user through a story about a frustrated R developer.

Full Description: The idea for this application was to create a Shiny app with content that isn’t native to Shiny. That’s how it started - I thought, “Let’s use Shiny to build a story.” The story is a short anecdote that a lot of R devs will empathize with. After completing the story, I started thinking about the UI. I wanted it to imitate the software used in a corporate environment so that the user has the feeling of actually being part of the story. That’s why I decided to use the shiny.fluent package, which made it easy to leverage Microsoft’s Fluent UI.

The whole app was completed in about 15 hours. I have a background mainly in analytics and project management. I’ve created some Shiny apps before, but the main focus there was on the calculations, this time I wanted to focus on how the app looks. It was challenging to make the app look the way I want it to be rather than what I can do, as it’s always easier to follow the already known paths. I’ve learned a lot and enjoyed building the app. 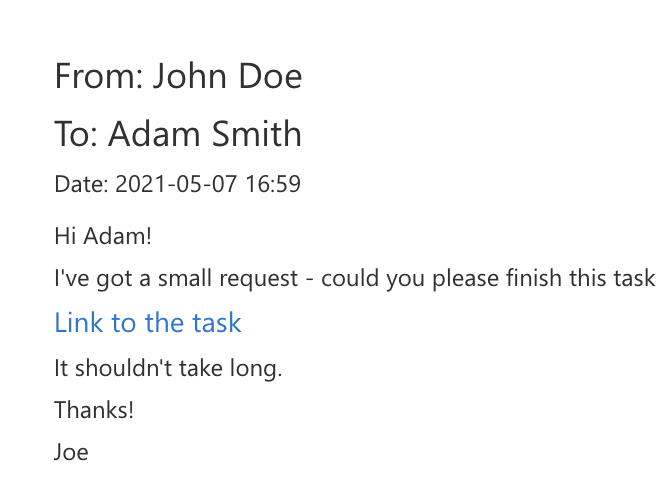 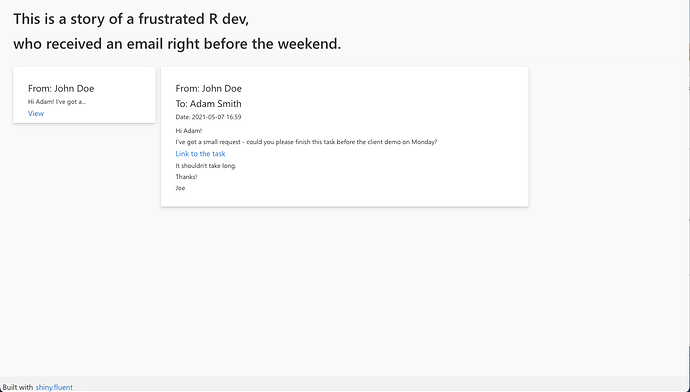 I would say, a nice way to attract talent to your platform!