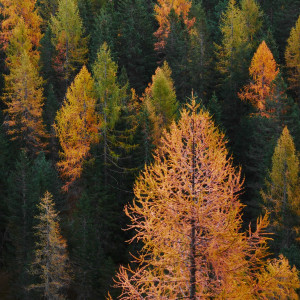 We are working on extending support for survival analysis in tidymodels. We are looking for early adopters to try out the new package called censored and give feedback.

This is a companion discussion topic for the original entry at https://www.tidyverse.org/blog/2021/11/survival-analysis-parsnip-adjacent

Survival analysis is an important field in modeling and there are many R packages available which implement various models, from “classic” parametric models to boosted trees. While they cover a great variety of model types, they also come with considerable amounts of heterogeneity in syntax and levels of documentation. The tidymodels framework is a collection of R packages for modeling and machine learning using tidyverse principles. It provides a consistent interface to a variety of modelling functions along with tools for resampling, assessing performance, and hyperparameter tuning.

In terms of survival analysis, however, tidymodels so far hasn’t been as feature-rich as we’d like it to be, e.g., the available models only covered parametric survival models. With this post we’d like to provide an update on recent work to extend the tooling for survival analysis in tidymodels and gather feedback on future plans.

The new censored package along with parsnip offers several new models, engines, and prediction types. The censored package is not on CRAN yet but we are looking for early adopters to try it out and give us feedback! You can install it via

A new mode for parsnip

For fitting a model, parsnip typically supports a formula and a matrix interface, regardless of the interface of the engine. For censored regression models, we are currently only supporting a formula interface. Most engines already support this type of interface, and a formula allows us to specify the outcome via the standard survival::Surv() function, tying together event time and status.

A formula also let’s us specify stratification for a proportional hazards model. For the survival::coxph() function, which powers the survival engine for proportional_hazards(), this may look like

Some other packages can fit this model, let’s use the glmnet package. However, glmnet::glmnet(), does not have a formula interface and it requires us to specify the strata by stratifying the response via stratifySurv(y, s). The response is typically a Surv object, so you could end up with a formula like this:

We already need to translate from formula interface to matrix interface for this engine, and we like interfaces to be as consistent as possible here in tidymodels so we decided to go with the specification of stratification through a strata() term on the right-hand side of the formula for proportional hazards models, regardless of the engine.

We have introduced several new prediction types: time to event (time), linear predictor (linear_pred), survival probability (survival), and hazard (hazard). Some of these types are time-dependent, e.g., the survival probability is the probability to survive beyond a certain time point. In keeping with the tidymodels design principle that each row of the data set you’re predicting on should give you exactly one row in the dataset of predictions, predict(type = "survival", time) returns a nested tibble if time contains multiple time points. This can be used to generate survival curves.

Usually, the linear predictor is the linear combination of the predictors, weighted with the coefficients, often denoted as $x^{T} \beta$. This is what is being returned by the glmnet engine for proportional_hazards() models and by the mboost engine for boost_tree() models (e.g., with mode "censored regression"). For proportional hazards models, the linear predictor describes relative risk, i.e., it refers to a pair of observations: the observation $x$ and a reference observation of predictors with value 0.

Let’s illustrate the difference in (default) predictions derived from the survival and censored packages and their relationship with the linear predictor. The prodlim package lets us simulate survival data with two predictors X1 (binary) and X2 (numeric) which both have an effect of $exp(1)$ on the hazard of the unobserved event time.

We can compare the value of the linear predictor using the true coefficients of 1 with the predictions from the survival package. Plotting them against each other shows the offset of the mean of X2.

Measuring performance is a key element of predictive modelling. Our design philosophy in tidymodels is that the calculation of performance metrics should be agnostic to ancillary information such as the model type or the training set. Essentially all you need are the observations and the predictions. For proportional hazards models, the observation and the prediction actually describe different aspects of survival: the observation is the survival time while the prediction describes the risk; the two have an inverse relationship. To help us standardize the assessment modules, we change the sign of the linear predictor. This may be opposite to the sign of predictions obtained using the underlying engine directly. You can opt out of this by setting the increasing argument of predict() to FALSE.

We want survival analysis to be a first-class citizen in tidymodels which means having access to preprocessing, resampling, models, metrics, and tuning. The next steps on that path are:

Additionally, we are in the process of figuring out how different types of censoring and time-dependent effects fit into our API.

We’d love to hear from you! Some questions we have include: Would you find this useful? Are there particular models/methods you’d like to see? Do you use time-dependent effects? Do you use interactions? Which types of censoring do you use?

We’d greatly appreciate feedback, ideally in the replies to the corresponding post on RStudio Community!