Abstract: Trump's Enemies Network is a tool for analyzing all the insults and verbal attacks that the expresident of the United States Donald Trump spread through Twitter during 7 years, from 2015 until the beginning of 2021. It is inspired by The New York Times piece, and it is funded on its data too. The purpose of this app is to explore and detect patterns and trends on his messages through his Twitter account, @realDonaldTrump. At that time, an open debate started: are his messages protected by freedom of expression? Or do we have to block them so as not to cause more polarity and hatred?

Full Description: This application is divided into six sections, which you can find in the top of the page. They are distributed as if it was the personal account of a social network. So, you can find personal titles such as "My TOP enemies" as if they were "contacts", or "Periods" as a kind of "Calendar". We want to make you feel as if you were Donald Trump, and this was a very particular social network. The six sections are the following:

You may notice that most of the 'insults', as they are called in the original dataset, aren't insults themselves; here, insults appeal to verbal attacks to someone or something. We can find, as an example, words like 'radical', 'mess' or 'crooked'. Isolated, they are not insults, but they are words with negative connotations. In the end, Donald Trump had about 88 million followers on Twitter; his words, as ours, can be double edged swords.

If you find any inconsistency in our analysis, we will appreciate if you write us! 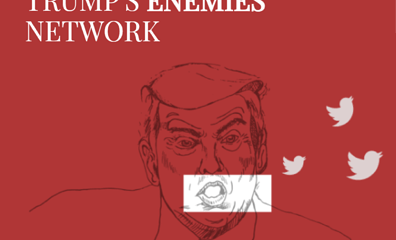 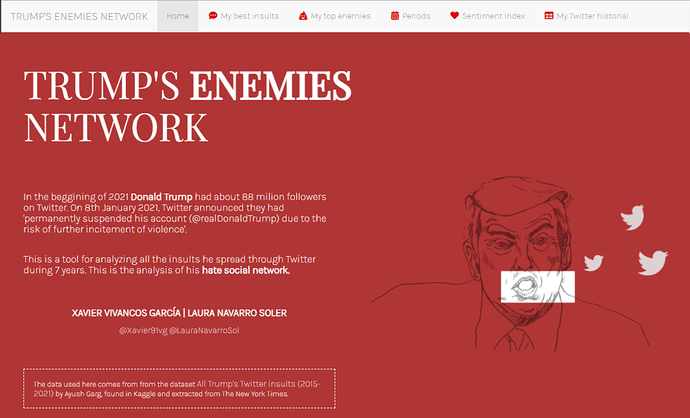