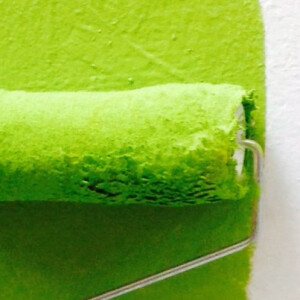 A workflow for upgrading to testthat edition 3: activation, deprecations, changes to warnings, messages, and comparisons.

This is a companion discussion topic for the original entry at https://www.tidyverse.org/blog/2022/02/upkeep-testthat-3

As the collection of packages in the tidyverse grows, maintenance becomes increasingly important, and Hadley made this the topic of his keynote at rstudio::global 2021.

In this blog post, I discuss my process for a recent maintenance task, upgrading package tests to use the third edition of testthat.

The testthat package introduced the idea of an “edition” in version 3.0.0:

An edition is a bundle of behaviours that you have to explicitly choose to use, allowing us to make otherwise backward incompatible changes.

If you haven’t heard of testthat 3e yet, the testthat article introducing the 3rd edition is a great place to start. It outlines all the changes this edition brings.

While you can continue to use testthat’s previous behaviour, it’s a good idea to upgrade so that you can make use of handy new features. As some of the changes may break your tests, you might have been putting that off, though. You would not be alone in that! Several tidymodels packages still have to make the jump, but I recently upgraded dials and censored to testthat edition 3. Here is what I did and learned along the way.

The testthat article tells you how you can opt in to the new edition, and about major changes: deprecations, how messages and warnings are handled, and how comparisons of objects are made.

The main guidance for a workflow is:

To activate you need to do two things in the DESCRIPTION - or you can let usethis::use_testthat(3) do it for you:

Moving on from deprecations ✨

The article on testthat 3e contains a list of deprecated functions together with their successors. You can work your way through it, searching for the deprecated function and then replacing it with the most suitable alternative. The first one in that list is context() as testthat will use the file name instead, ensuring that context and file name are in sync. As such, context() does not have a replacement. My first commit after activating the third edition was to remove all calls to context(), followed by replacing other deprecated functions and arguments.

testthat edition 3 handles warnings and messages differently than edition 2: expect_warning() captures at most one warning, so if your code generates multiple warnings, they will bubble up now. Messages were previously silently ignored, now they also bubble up. That means the output may be a lot noisier after switching to edition 3. If the warnings or messages are important, you should explicitly capture them. Otherwise you can suppress them to clean up the output and make it easier to focus on what’s important. Again, the testthat article has good examples for how to do either.

The last big change from edition 2 to edition 3 that I want to mention is what is happening under the hood of expect_equal() and expect_identical(). Edition 3 uses waldo::compare() while edition 2 uses all.equal(). For the most part, that meant changing the argument name from tol to tolerance, like in my third commit above.

I did, however, run into a situation where a test newly failed. Those are the situations where general advice is hard because it depends so much on the context. In my case, I made use of the ignore_function_env and ignore_formula_env arguments to waldo::compare() to exclude those environments from the comparison. Those are probably useful to know about if you are upgrading a modelling package, but not particularly important otherwise. For dials and censored, that solved most of the cases. In one instance, I ended up tweaking the reference value based on theoretical considerations of the model I was dealing with rather than increasing the tolerance.

Those instances may be the most work when upgrading to edition 3, but I did not encounter many of them – and, when I did, it was valuable to know about the differences (well, those which I didn’t choose to ignore).

While I was going over all the test files, I also decided to cover a few other aspects.

When Davis Vaughan moved other tidymodels packages to testthat 3e, I saw him disentangle nested expectations. For example, patterns like

can be re-written as

This separates an expectation about the warnings from the expectation about the value, making it easier to see which part(s) fail. Snapshots can also be particularly helpful in situations where you are trying to test for a combination of warnings, messages, and/or errors because they cover them all.

I wanted to make the tests more self-contained so that a test could run with a single call to test_that(). Specifically, I didn’t want to have to scroll back up to the top of the file to load any necessary package or find the code that creates helper objects.

You can avoid the former by prefixing functions with the package they belong to, i.e. using dplyr::mutate() instead of library(dplyr) at the top of the file and later mutate() inside of the expression for test_that().

If creating a helper object is short, I might move the code inside of test_that(). If you create the same helper objects multiple times and don’t want to see the code repeatedly, you can move it into a helper function. Files inside the testthat folder of your source code with file names starting with helper are executed before tests are run. You could put your helper code there but it is recommended to put the helper code in your R/ folder, for example as test-helpers.R.

An example helper function is called make_test_model(), which returns a list with training and testing data as well as the fitted model. A test on the prediction method could then look like this:

Any other data objects needed for testing I moved into tests/testthat/data/.

Corresponding files in R/ and tests/testthat/

If a file in R/ had a corresponding file in testthat/, I made sure the names matched up, e.g., monstera.R and test-monstera.R.

This gives you access to some convenient features of usethis and devtools:

And, with that, dials and censored were ready for more snapshot tests in the future!

For more guidance on implementing tidy standards, check out usethis::use_tidy_upkeep_issue(). It creates a GitHub issue with a handy checklist. You will be seeing those popping up in our repositories soon when we do some spring cleaning!