I was hoping if anyone would be able to help with this please have been trying to solve it for the past couple of days now with no avail.

So basically what I am trying to do is that based on the stations that the user selects it would combine each dataframe and show the final one. All the files are in the working directory I set, so I am trying to have a vector where it would have all the stations the user selects then it reads in those CSV files and I would have one final dataframe combined where I can do further stuff with such as making plots and so on. But as of right now it only loads one station and then if you try to select the next one it crashes with that Error MEssage. I figure as the error it says the file is not recognizable so I guess when the user selects the other station it tries to read both at the same time in an incorrect format. Thanks for any help! 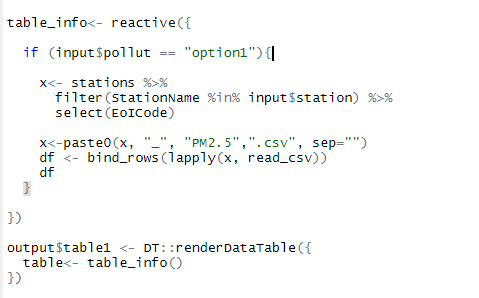 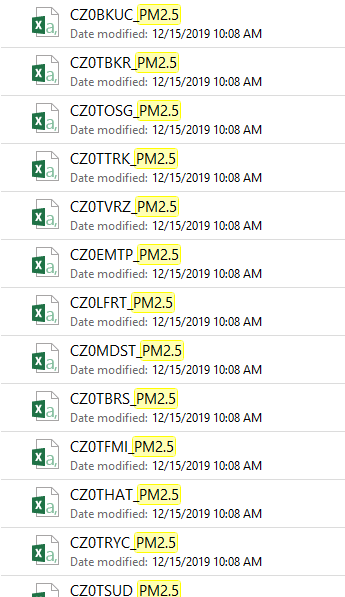 the problem might be that in the 'paste0' function call, 'x' is a data.frame instead of a character vector. Try to use 'pull(EoICode)' insteaf of select(EoICode)