I wrote a simple shiny app that pulls real-time data (crypto prices) via websocket connections (using websocket::). Works like a charm locally, but when deployed to Shinyapps.io (free version), two of my four endpoints fail. 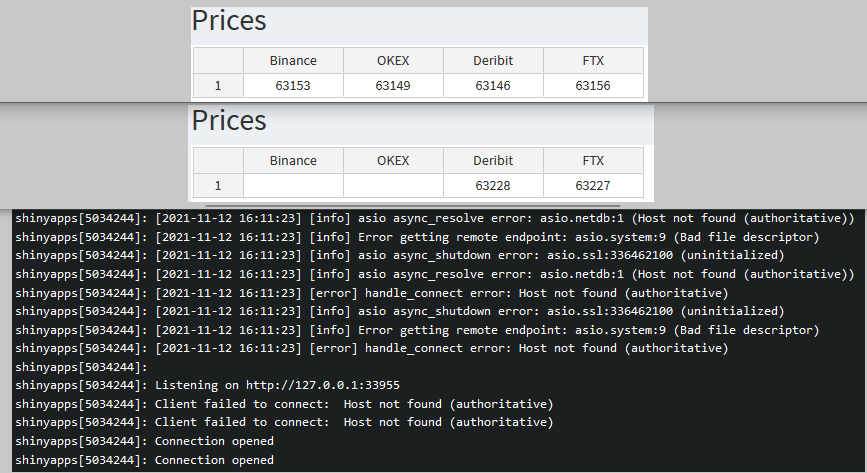 The two websocket feeds that fail are not connecting. I wonder if there is a compatibility issue or something similar.

Thanks in advance for any pointers.