What is a comprehensive COOKBOOK for TIDYEVAL?

Let's say I don't care at all about the theory of tidyeval, but all I want to see is loads of opinionanted examples of how to do things with tidyeval.

Is there a cookbook that is heavy on examples but has minimal/no theory or explanations?

Also, it should not be about examples to explain the theory. Instead, the cookbook should just list usable examples.

Looking for something like one of these, but specifically for tidyeval:

Often, I know what I want to do, and just need to see it done, instead of reading an explanation why.

What is the best cookbook for tidyeval? Thanks

I'm not sure that this exists yet, definitely.
Some of the resources in here might be useful to you in the meantime (e.g. theory free tidyeval, most common actions etc) 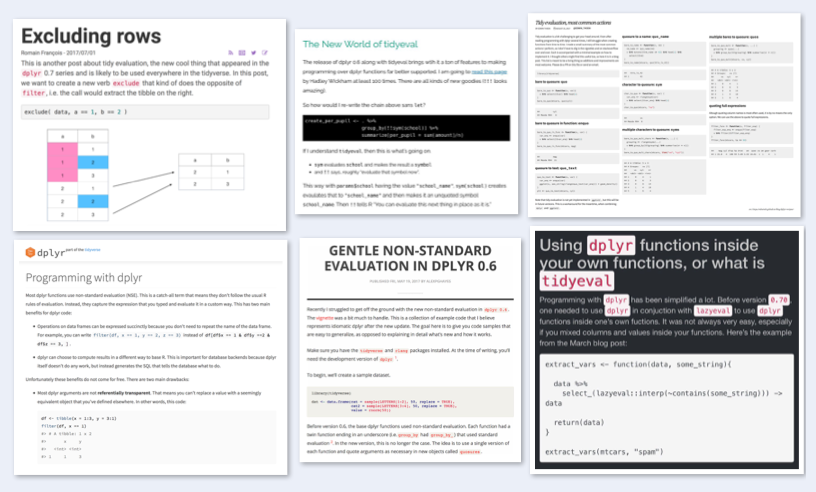 Updated 📆 2018-05-10. After posting a link to Edwin Thoen’s "Tidy evaluation most common actions," I was asked if there were other tidy eval resources I knew of. So, here are some of the tutorials I’ve found and tweeted.

I have found these 2 to be useful: 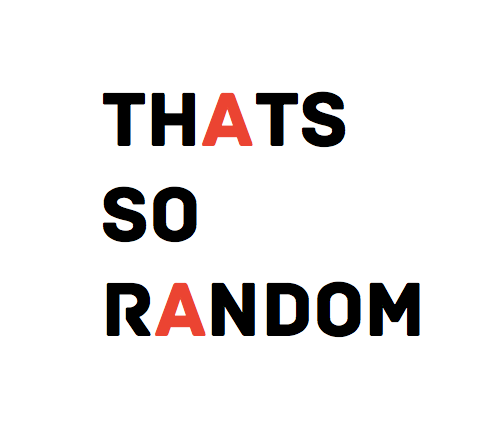 Tidy evaluation is a bit challenging to get your head around. Even after reading programming with dplyr several times, I still struggle when creating functions from time to time. I made a small summary of the most common actions I perform, so I don’t...

and the official cheatsheet:
https://www.rstudio.com/resources/cheatsheets/

If you believe a reply really belongs in this thread, please send it to @economicurtis as a Direct Message. February 7, 2019, 11:05pm #4