What is happening internally when I generate() bivariate data with "infer"?

if I had this code, 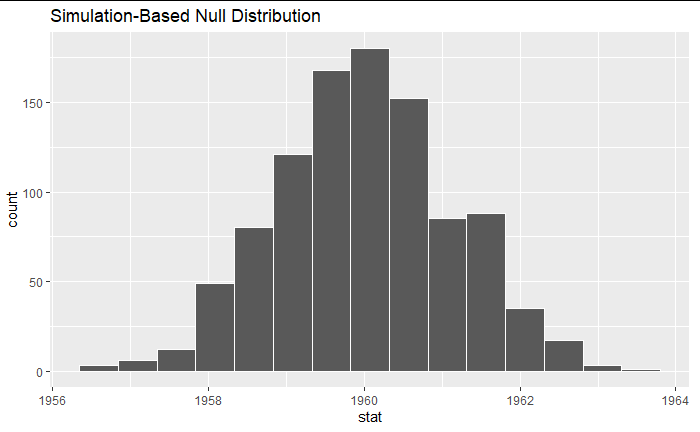 There are things I don't understand.

In bootstrap, we create fake data.
If I collect the fake data and calculate the average, it should converge to the average of the first SAMPLE data. 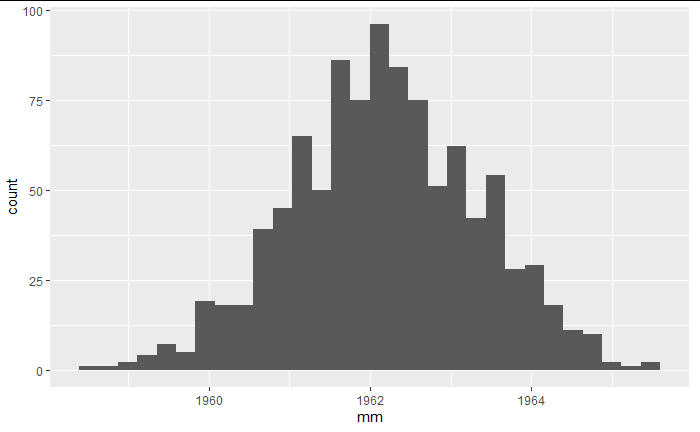 However, the histgram created by first code converges to 1960(center), which is specified by null.

Is this histgram being created by type="simurate"?
Or, is this histgram obtained because I discarded all but the bootstrap sample, which has a mean value of 1960?

thank you for read this line.