I'm trying to replicate an econometric approach from an article. The author starts by running a Seemingly Unrelated Regression (SUR) based on a system of two equations.

So, I proceeded this way:

So far, no problems.

Take Wife's BMI and Wife's Education as X1 and X2, respectively. The picture shows (this is from the author) the estimated coefficients and their standard errors under parentheses. 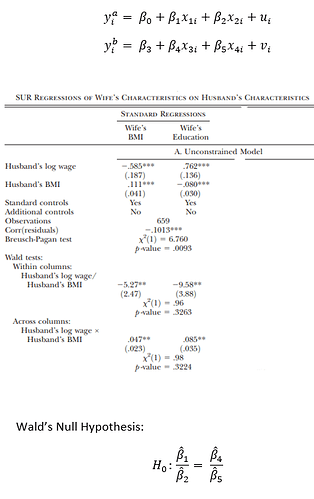 Could anybody help me on this?