Abstract: The table shows some of major currency crisis around the world. 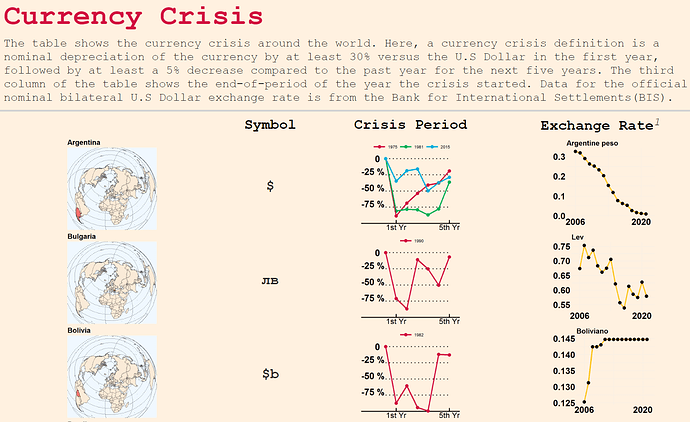 Full Description: This table shows some of major currency crisis around the world. Here, a currency crisis definition is a nominal depreciation of the currency by at least 30% versus the U.S Dollar in the first year, followed by at least a 5% decrease compared to the past year for the next five years. The third column of the table shows the end-of-period of the year the crisis started. Data for the official nominal bilateral U.S Dollar exchange rate is from the Bank for International Settlements(BIS). I created table using {gt} and {gtExtras} packages along with other packages. My work inspired with current tables by @BjNowak.