Hello,
We are performing a wavelet coherence analysis through the 'biwavelet' package in R Studio. The time-series used as data is fund return and number of observations. When we plot the power spectrum we end up with number of data entries (number of days) in the x-axis. We are however interested in converting this to year-month points in the graph, instead of 100, 200... 500. (See picture below how it looks now) 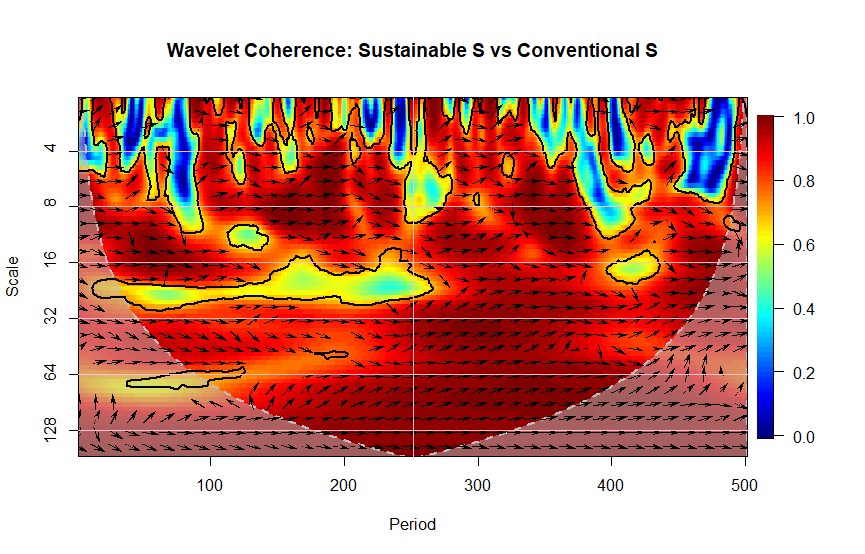 The code that we use, could originally be found in Ibn Abdullahs post: RPubs - Wavelet Coherence using R

The error message we get when we import dates instead of numbers is:
Error in r[i1] - r[-length(r):-(length(r) - lag + 1L)] : non-numeric argument to binary operator

Is there any simple way to use the dates directly or to convert the numbers in the plot to dates?