Error deploy Shiny - dependencies in this file will not be discovered

I would like to know if you know the reasons for this error below after I deploy the app:

I already checked if it was missing library, it is OK, and also insert it in UTF-8, but it didn't solve the error. The app in RStudio works.

Do you have any suggestions of what I can try to do, other than the ones I've already done? 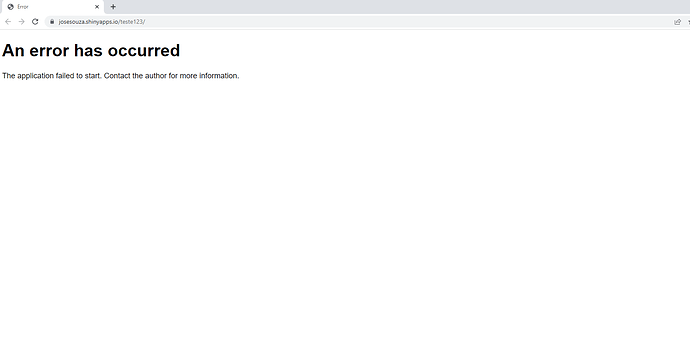 Failed to parse C:/Users/Jojo Souza/AppData/Local/Temp/Rtmp4us8Yc/file8a98431dd4c/app.R ; dependencies in this file will not be discovered.

It was a problem with an accent, I had put Biogás on, then I switched to Biogas, and it solved. I didn't know it was that sensitive. Do you know why this happens? I managed to deploy, but the following message appears now:

However, it still deploys normally.

Locales other than en_US are not available on the container for your app, on the past shinyapps.io replicated whatever locale you had set on your local system but lately that is not the case, I don't know the technical reason for that and I haven't seen an official explanation from RStudio so far.