How to calculate correlations of two variables

How can I calculate the correlation between two variables with R?

You don't use ~ here since cor() doesn't accept formulas. Just supply vectors to the x and y parameters of the function instead.

what about cor(data$variable1, data$variable2)?
Why would you use vectors? I don't understand this
I have a csv file with different variables and I would like to calculate the correlations between a few of them.

So I can calculate correlations with my code?

Yes, the change from using the ~ tilde to using a , comma as you did here:

So let's say I have a negative correlation.
Which variable influences the other negatively?
which variable is on the x-axis and which is on the y-axis if you imagine a scatterplot.

It's not that one influences the other negatively, but that their relationship is negative. It doesn't matter which is the X variable and which is the Y variable in the correlation calculations.

The population correlation coefficient is defined as

But what we want, and what cor calculates is the sample correlation which uses n-1 as the denominator at the start of the formula. As such.

Which is the following in R code

If you inspect the above calculation, you'll notice that ((x - mean(x)) / sd(x)) and ((y - mean(y)) / sd(y)) will end up just being two vectors which we'll multiply together, and as a * b is the same as b * a, by definition it makes no difference which one is the "x" and which one is the "y" when you calculate the correlation.

As for the plotting in a scatter, here's a little walk through that might explain it, starting with the above calculation in a data.frame context. 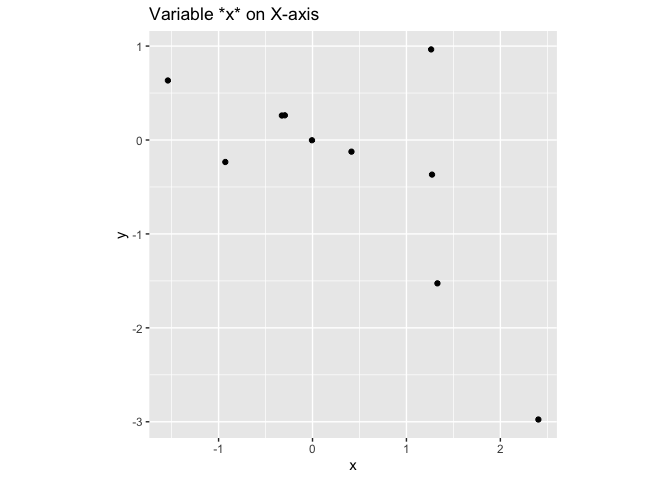 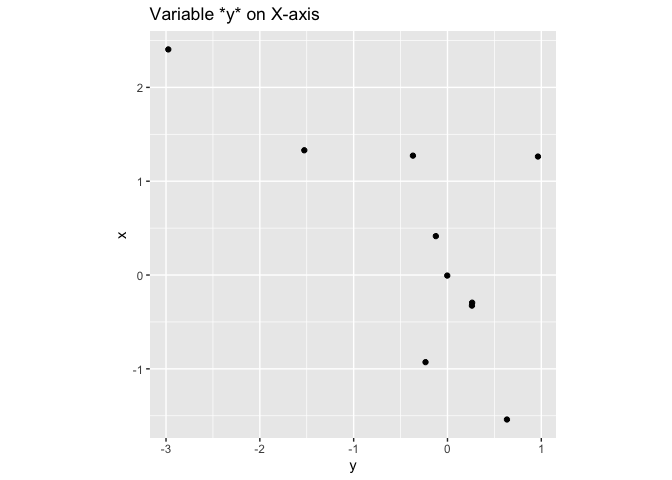 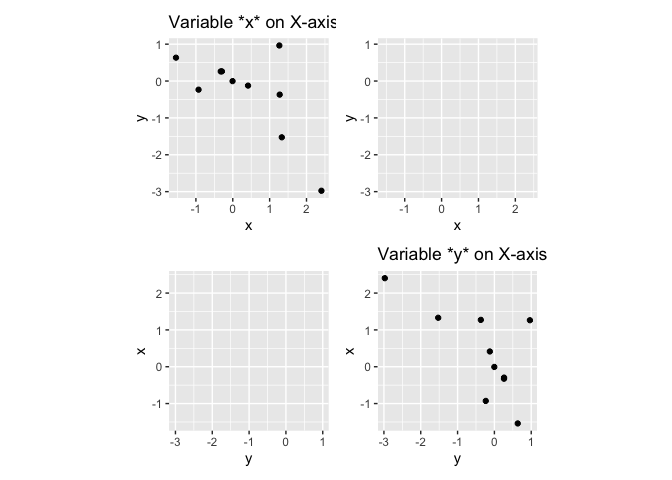 The relationship is exactly the same, just "flipped" or "mirrored" if you like. You can imagine the red line below corresponding to a mirror, or a crease you fold over. 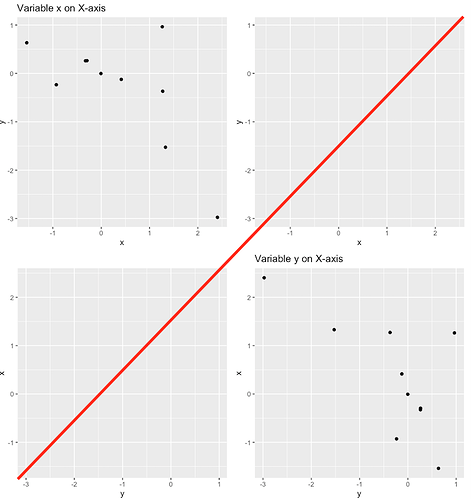