I Use & Like R Markdown, Why Should I Try Out Quarto?

I'm still having a hard time finding information on why Quarto necessitates its existence over Rmd. I noticed that it uses a nicer font, but is there any comparison I can read or watch? Is it because it's compatible with both Python and R?

If I knit Quarto, will it produce an .html file I can just copy-paste or attach into an e-mail?

I'm still having a hard time finding information on why Quarto necessitates its existence over Rmd. I noticed that it uses a nicer font, but is there any comparison I can read or watch? Is it because it's compatible with both Python and R?

My take is that on the surface, as an R Markdown user writing a document, there might not appear to be significant differences between Quarto and .Rmd. That beggars the question: Why move? Is Quarto really going to benefit me?

There are some significant changes that should be beneficial to you, while not adding too much pain to transition.

Low-Pain - Quarto is designed to be compatible with existing formats. For example you can render most .Rmd and Jupyter Notebooks with Quarto without modification. This certainly helps with folks making the transition to Quarto -- or just trying it out -- because they won't have to modify much of their existing work.

I'd summarize this as Quarto is, "low-pain to try out and transition into".

That being said, R Markdown is not going anyway. If you prefer it, keep using it.

The Gain - Quarto is designed to be useful to anyone who wants to create reproducible documents - Your R Markdown doc is also compatible with Python (and bash, Julia, C, SQL), but where R Markdown docs use R and knitr to render your doc, Quarto does not require R. Quarto runs computations into separate pluggable language "engines", which helps make this cross language functionality easier to support.

Any regular user of R Markdown knows how great it is. It's a lovely notebook (especially in the RStudio IDE or Workbench!), it plays well with version control, which makes it handy for collaboration. I feel it's a standout example today of a great tool for creating reproducible research. And then add in the universe of related tools like bookdown, blogdown, pagedown, distill, pkgdown and more...

But R Markdown is really designed for R users and is R first, that is not where Quarto is coming from. Quarto is developed by the same core team as R Markdown and will get the same support and extensions.

If you goal is to create a document using the language of your preference -- one that's reproducible, plays well with version control, one that's easier to share with people who prefer to do their work in a different language -- Quarto will be a really handy tool for that purpose.

As of this writing, I think the following resources are great to learn more, 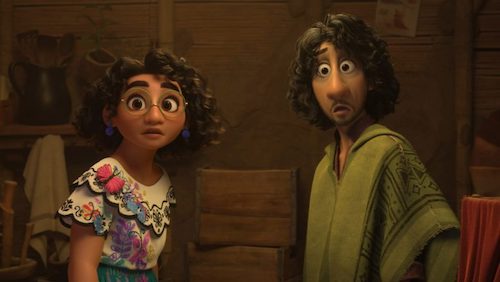 As of this writing Quarto is still in early development, and the dev team ask for you to report your issues and questions over on GitHub Discussions, 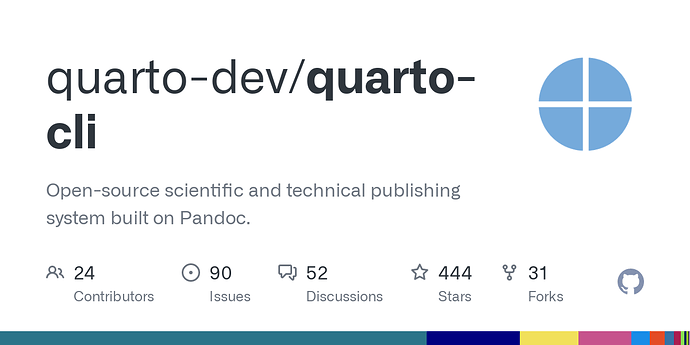 I have been integrating Quarto more and more into my day-to-day work. I think the most obvious difference between the two has been Quarto's integration with Python. It is seamless; almost like working on Python using Jupyter in VSCode. I haven't encountered any daunting differences between the two since I started playing around with Quarto. As such, I think, for now, I will focus on playing around with it. Once it becomes more widely utilised, I will use it to write reports, create slides etc.

See my gist here on moving from Rmd Bookdown to a Quarto book.

Other than the Python etc integration, it really simplifies and supports a lot of features, like 'collapsible folding blocks' that required a lot of hand-coding and jury-rigging before, and were often failing.

The main snag I've found is that you need to reload the environment for each new chapter, which can slow things down for some sorts of work.