Abstract: App that enables to: visualize the shooting goal totals and percentage of any player in the field for any shot type, compare two players by their shooting percentages and pays honor to Kobe Bryant.

Full Description: This app trys to unlock the visual potential of a Shiny app. To do so, I have work hard with Shiny, CSS and JavaScript.

1. Analyze the shooting pattern of any NBA player

In this first tab you will be able to analyze exactly that for any player of the 2018-2019 NBA season.

Simply pick a player and the shot type you want to analyze (all shot types is not allowed due to lack of memory of shinyapps free server). The app will automatically do the math and plot two field-heatmaps. By the way, the fields are done with ggplot2

Besides, I have created a pollar chart that enables you to compare that exact player with the global scoring average of the nba for that shot type and season.

I have also added the raw numbers (amount of shots thrown and scoring percentage) so that we can have a clear idea of the data.

The methodology is pretty straightforward: just pick two players. The app will automatically calculate the shooting scoring percentage for both players and compare them.

The winner will be shown in the middle of the app with some confetti animation (this is done with some JavaScript, which you will also find on the repo).

Besides, the app automatically scraps and shows the photo, jersey number and team logo for each player and the winning player.

To do so, I have shown the average scoring points per game for each of the seasons he played, together with the minutes and scoring data for each match.

I have also worked out the two major accomplishments of Kobe for each year and in general, so you that for each year you choose you will learn what he did.

Finally, I have wanted to make this tab a little bit special. That is why, when you enter here, all the style of the app changes: an image is set as background, colors and styles are changed... I have tryed to make Kobe's tab special as he was for many of us.

-The app has a large CSS "developing" behind. It not only imitates material design but it is also responsive. I am not an expert on CSS so probably there are many mistakes and things to improve, but I does the trick. 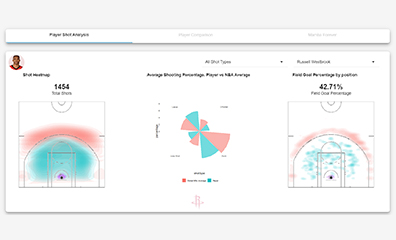 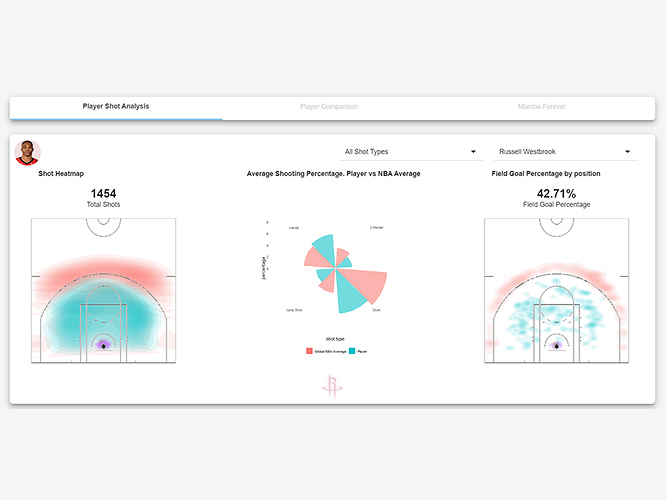 It's useful your app,but the colors maybe change.

Thanks Juan!
Which colors would you recommend?

This is is a good looking App. Great presentation too.

Thanks for the feedback Aaron!